Last weekend over 500 riders descended upon the tiny town of Plain, WA for the 2015 Touratech Rally. This was the fifth year of the rally and what started as an informal gathering of adventure motorcycle enthusiasts has turned into the largest adventure rally on the West Coast. 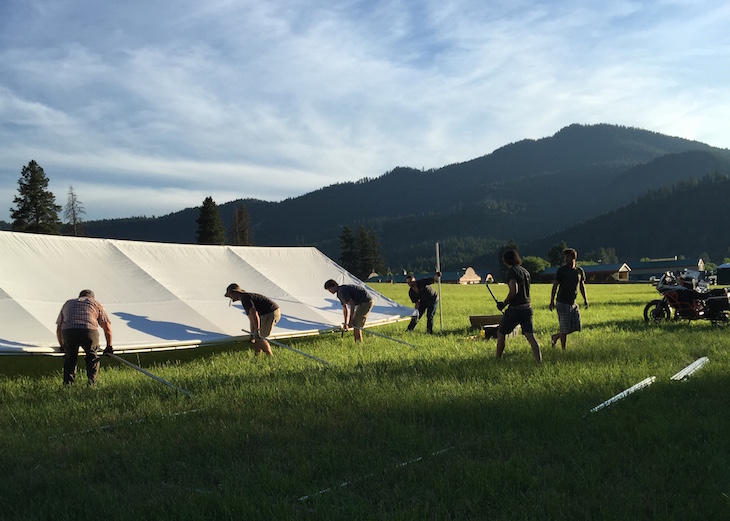 The staff of Touratech began arriving on Tuesday night to begin set up. Record high temperatures were forecast for the weekend so large tents were set up to provide shade and huge tubs of cold drinks were set out. 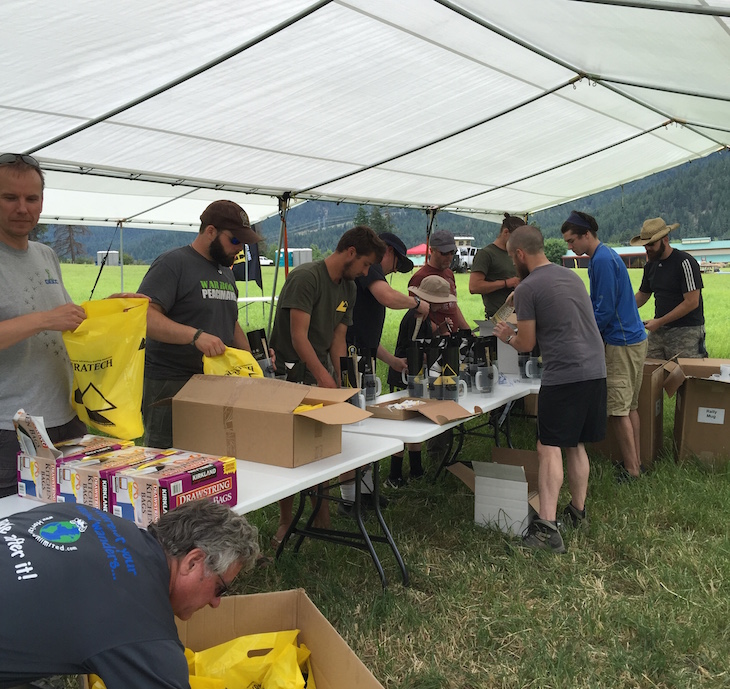 The field was marked for motorcycle parking, camping and the vendor booths. Set-up continued through Wednesday as gift bags were stuffed and final preparations were made for the riders that were expected first thing on Thursday morning. 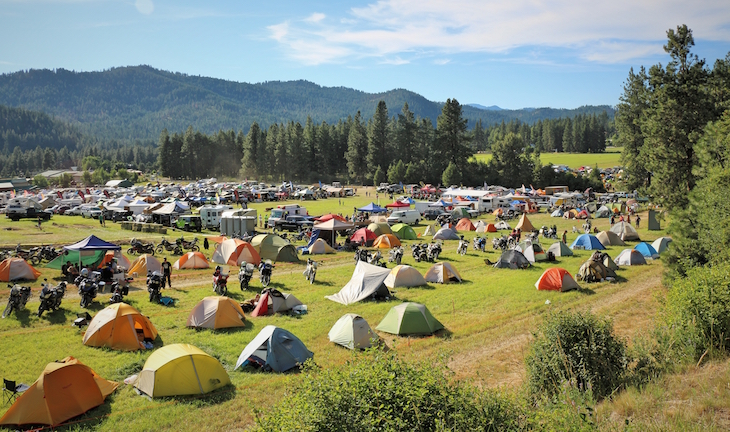 Thursday arrived and the bikes started pouring through the gates. By 3PM the first field allotted for motorcycle parking and camping was filled and a new camping area was opened. By the end of the day most of the riders were on-site to hear representatives from the forest service discuss motorcycle impact on the environment followed by Touratech CEO Paul Guillien’s welcome to attendees and Touratech’s Iain Glynn’s introduction to the eleven rides planned and plotted by his team.

On Friday morning, rides left as early as 8:15 to beat as much of the sweltering heat as possible. Route number 11, was an epic journey that took 8 hours and covered over a hundred miles. The extremely challenging ride was led by Touratech staff member, Eric Archambault on Friday and led Saturday by Glynn. The Friday group left with 14 total riders and 10 of them completed the ride. Four returned to camp early, due to fatigue. Saturday, 5 riders left on the trek and four of them completed the ride. All of the riders returned to camp dirty, tired and satisfied with high-fives and smiles abound!

While riders hit the trail throughout Friday and Saturday, a full slate of presenters from the adventure riding community taught classes and gave presentations ranging from border-crossing basics to wound suturing.  This year, presentations were available in the barn and in the large rally tent, so riders had a lot of educational options. 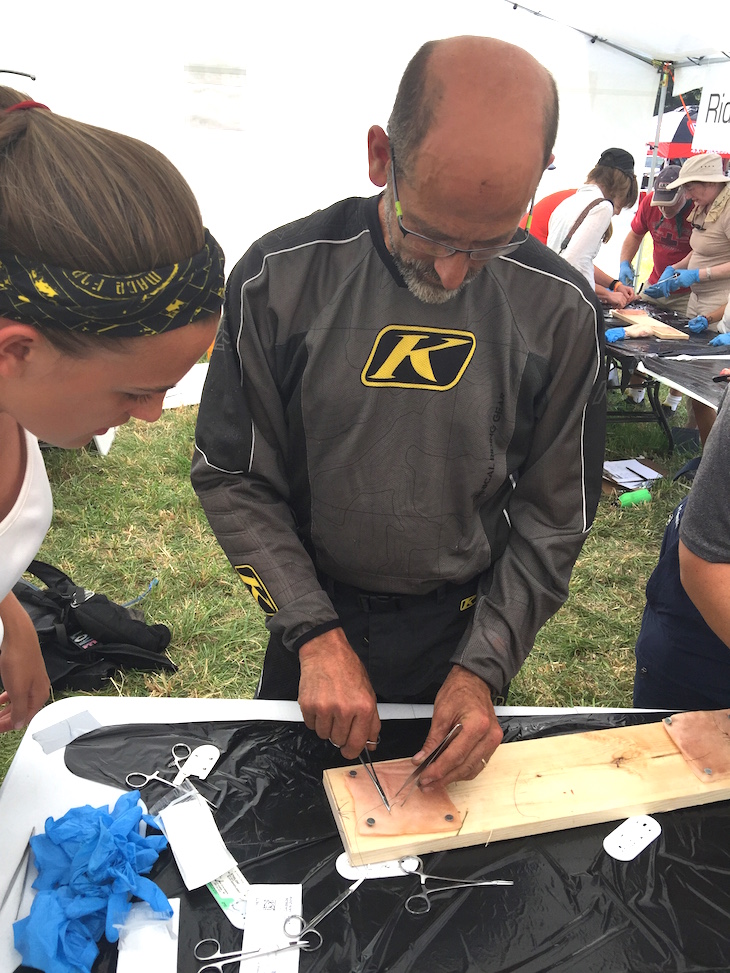 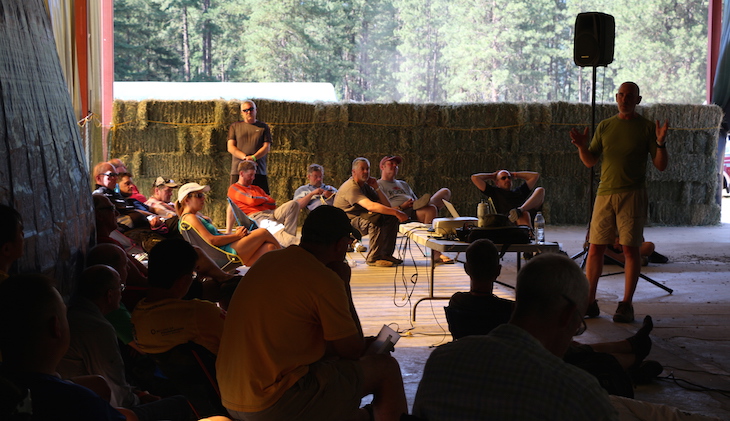 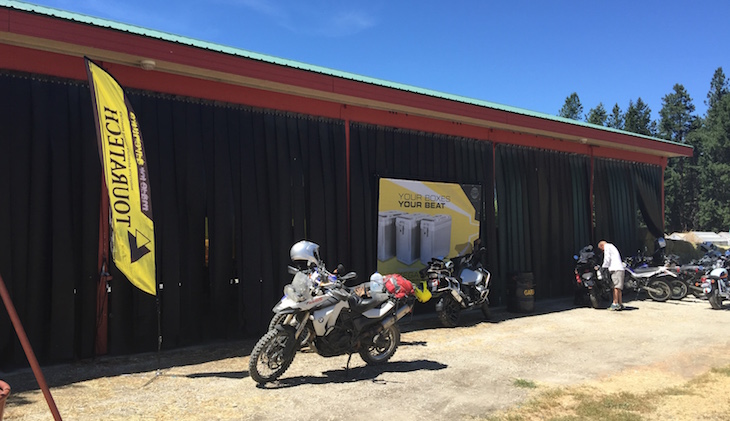 Each night culminated with the ADV Olympics, hosted by Baja 1000 champion Quinn Cody. Friday, riders on bikes of every shape and size attempted to best the challenge course laid out by Cody and Touratech’s Ben Carter, and Saturday, riders competed in the Slow Race, which is fast becoming a rally tradition. 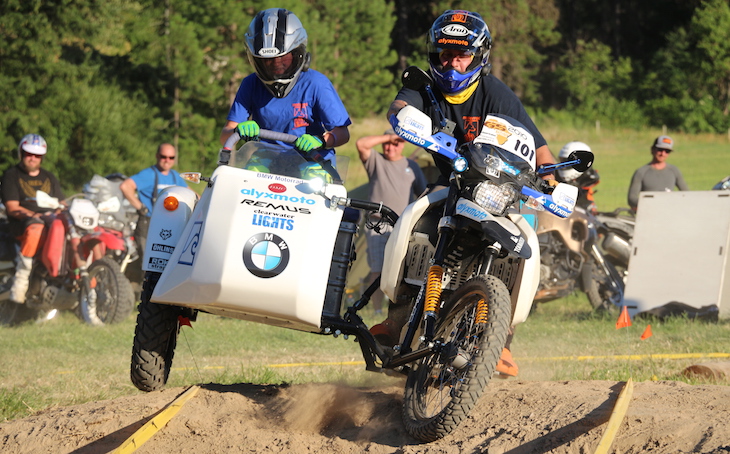 By the time Saturday wound down, attendees, volunteers and staff were exhausted and feeling great about a weekend of riding, socializing, camping and sweating under the June sunshine. 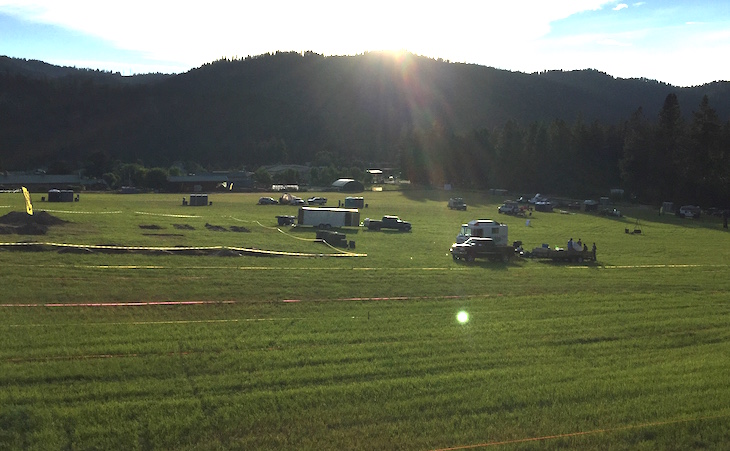 Sunday found folks clearing out early with practically 100% of the attendees leaving the field the way they found it. There was virtually no trash left on the field! As the last Touratech vehicle rode out of Plain and quiet took hold of the tiny mountain village again, the focus is now on the first Touratech Rally East, August 13-16 in Huntingdon, PA.