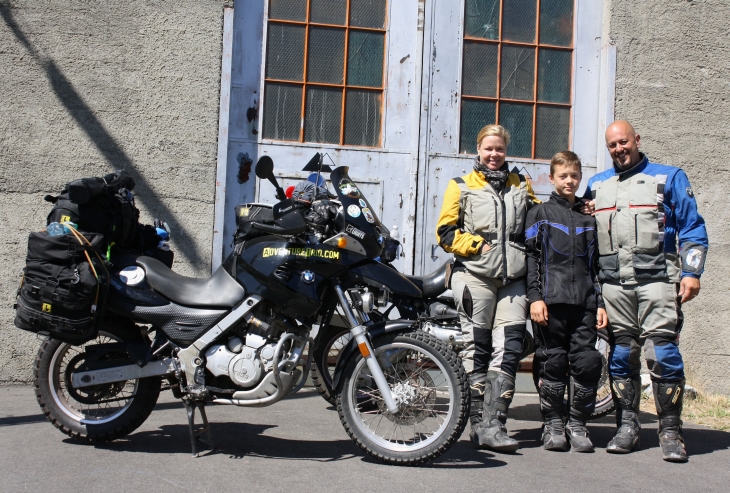 Terry Borden, his wife Sandy and their son Jack have been traveling by bike for nearly eight years now. After purchasing a pair of BMWs in the early 2000s, the Borden family set out to explore the world, with Jack riding pillion aboard his father’s 2005 BMW R1150GS. And while the the Adventure Trio is preparing for a rather long ride around the world, they’ve spent the last few years riding from one corner of the country to the other, exploring small towns, big cities and everything in between.

Tell us about you first motorcycle(s)…

Terry: After much pestering of my parents they gave in when I was 8 years old, a new to me Yamaha GT-80. My first attempt had me riding through a freshly built wooden fence as I hadn’t mastered the “look where you want to go” method. Rides around the 1 acre family home graduated to the 100 acre ranch owned by my grandparents. After becoming bored with the confines of fenced pastures I soon took to the back roads of eastern Sonoma county without a care in the world.

What inspired you guys to travel?

Terry: Honestly up until 2001 when our son Jack was born I had no desire to leave the comfort of California and all things familiar. Sandy was the dreamer and traveler in our house but I always had a reason why it was “unsafe” to leave. Something about this littleman in my life had me reevaluating things from health to hobbies and who I had become. Thinking back to the GT-80 there were no worries or concerns, just adventure and exploration. Life had pushed me in to conformity….it was time for a change.

Sandy: I’ve always been the one to push us out the door and on the road.  It wasn’t until Jack was born that the ‘bug’ bit my other half.  Terry got his first GS that he felt the need to “flee” as well.  I’m more than grateful that he did. 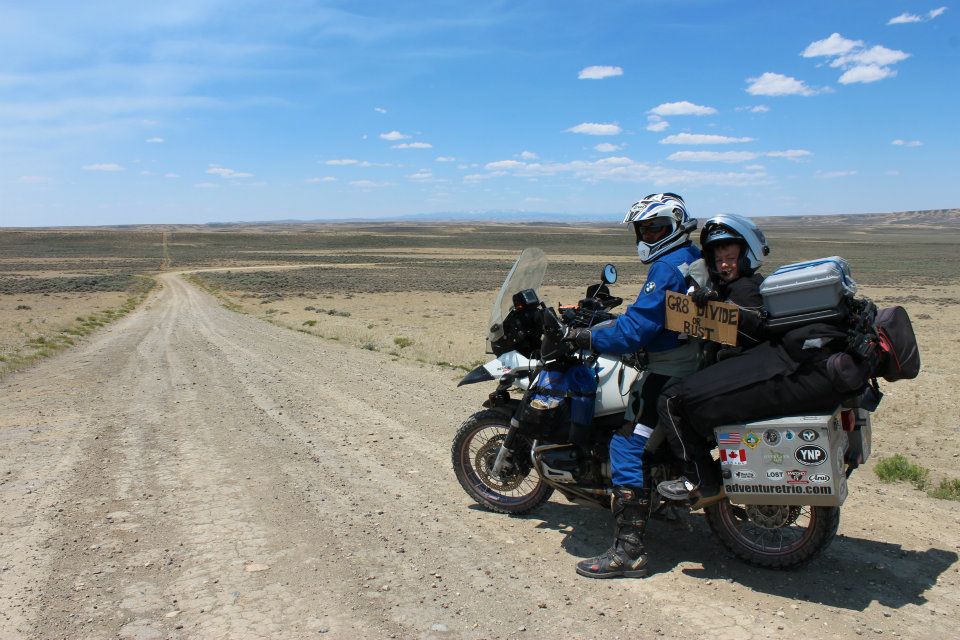 Terry: Two dirt bikes as a kid and the random sport bike while young and dumb. After the 16 year hiatus from riding I sought out and bought a 2000 1150GS. After outfitting and riding it for 2 years I found my dream bike, a 2006 1150 GS Adventure. This machine ismy definition of freedom.

Sandy: I can’t seem to shake my first BMW GS.  I’m asked frequently when I’m going to sell it and “get something better”.  Honestly, I know what my bike’s going to do in (most) every situation and can wrench on it much easier than a newer model.

Tell us how you’ve outfitted your bikes for ADV…

Terry: It was really a challenge to wade through what some people said were must haves versus what I really needed when we first started. It’s such a personal decision.

The first GS had never been off road and has set up with BMW system cases, nothing else. I remember being SO careful not to scuff them on anything. Crash bars were one of the first additions, then the GPS and Touratech Zega panniers and top box. This set up worked well for the time and trips we took. The 2006 GS is set up with the basics and then some. Crashbars, panniers, TT ceramic clutch, IMO 100/300 computer, Garmin GPS with built in XM weather tracking, Clearwater Erica’s for those dark times, and my latest modification TT Explore shocks for the load I carry 2-up with gear. We use the Giant Loop Fort Rock U shaped duffel, which gives Jack a comfortable confident place to sit as it wraps around him, to store sleeping bags, bed rolls, and random items that didn’t make it in the panniers. The ¾ size Yamaha acoustic guitar is fastened to the duffel with Rok straps. 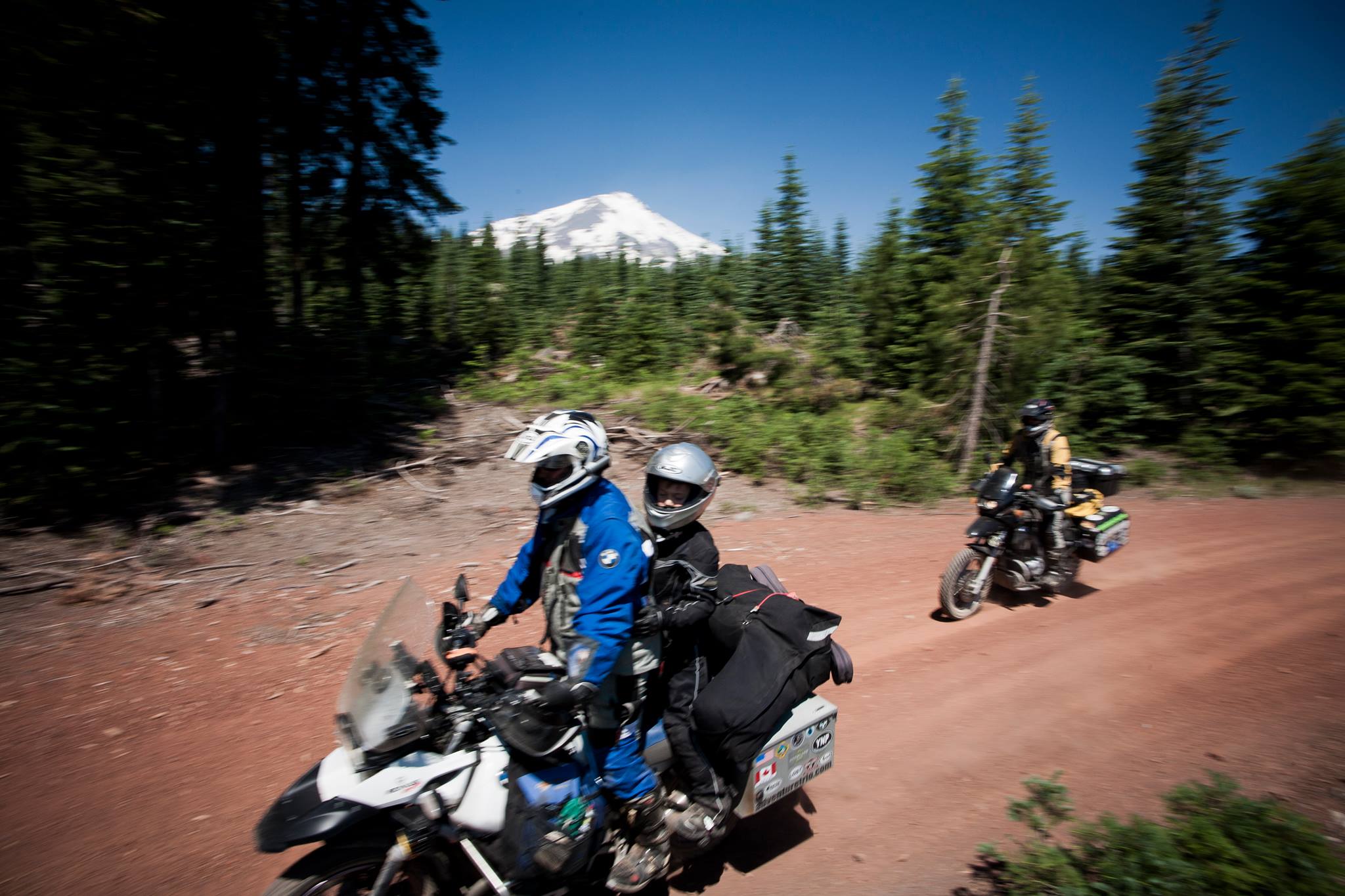 Terry: Unfortunately an alarm that goes off before 4am most days…..but mostly knowing that we’ve strived for some balance in our lives to carve out time to travel. Knowing that there is another trip in “the works”.

Sandy: Besides the 6AM internal alarm, the promise of a quiet, cool morning run before the world awakens.  Okay…maybe some freshly pressed brew out of the JetBoil as well.

Terry: The decision was made to ride to a work conference in Palm Desert from the Sacramento area. It sounded like a good decision until the winds howled in the southern Sierras on highway 395. Snickers and Red Bull got us to our destination after 10pm, 640 miles and 13 ½ hours in the saddle. What fun to ride in to a 5 star resort covered in bugs and wiped out with reactions from 4 wheeled guests in suits and evening wear. I’ll take my moto clothes any day.

Sandy: Oh, that trip to Palm Springs was 13 1/2 hours.  It wasn’t even the distance (600+), but the wind, truckers and wildlife.  Once that sun gets low on the horizon, you have to be on “Deer:Thirty” alert. 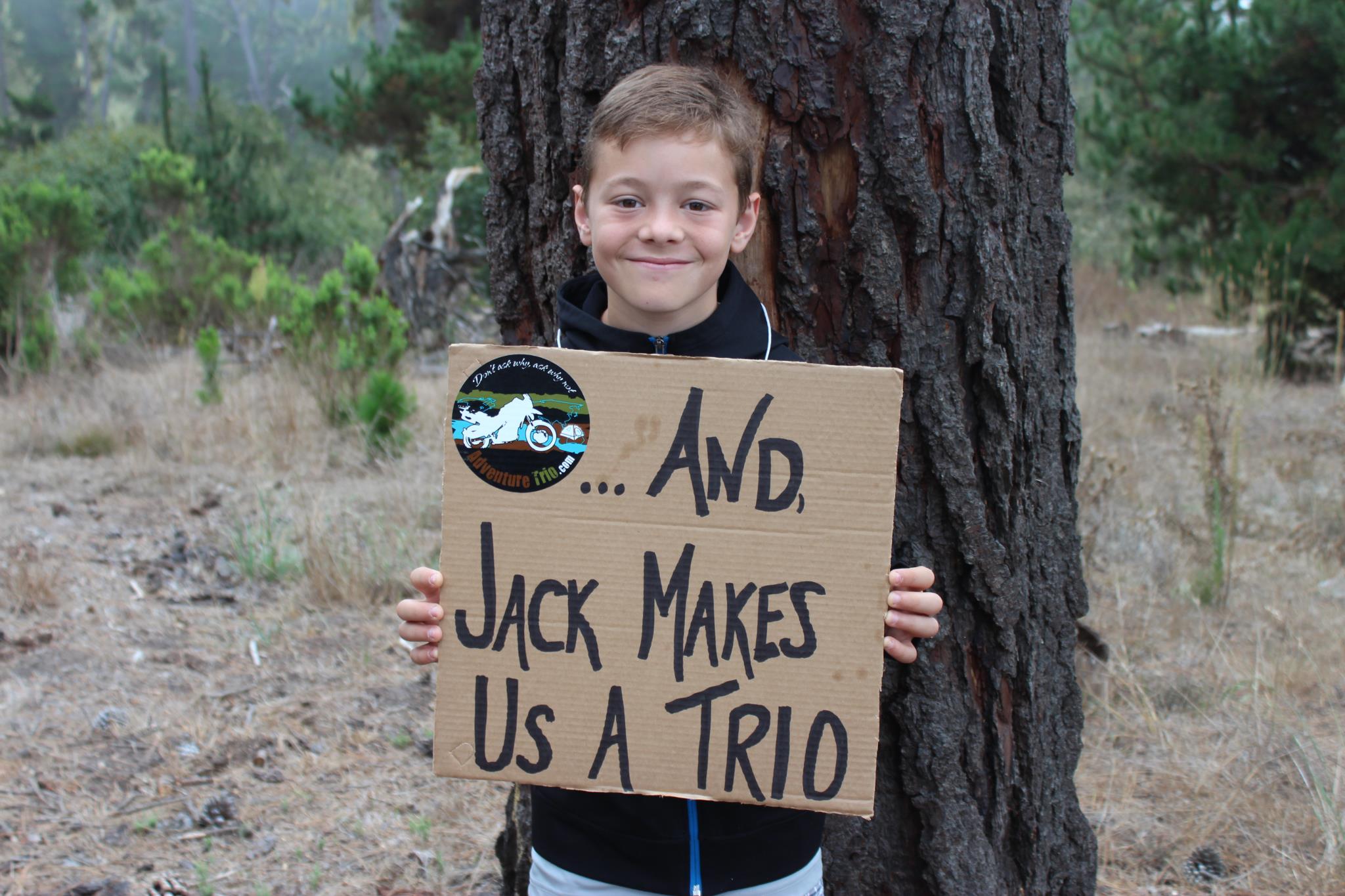 Terry: Utah….Zion, Brice. I wish it was one of the distant destinations we’ve ridden too but there’s not much else like it on earth. This too could change…

Sandy: Tricky to choose a favorite as each holds a special memory.  Riding the backroads of Utah?  The Great Divide through Wyoming and almost being taken out by the wildlife?  Baja?  Iowa?  Yes, Iowa does have some beautiful twisty backroads.  And, we played a pick-up game at the actual ‘Field of Dreams’ .  Always Highway 1, aka  “Home”.

Terry: Keep it simple and don’t over pack. Get to know some riders that have been at it for a while. See what they use, and more importantly, what they don’t’. Buy quality gear and accessories, you’ll be happy you did when the going gets tough.

Sandy: We’ve all been the new kid to the ADV riding community, so don’t be afraid to ask questions.  It is such a supportive environment with everyone willing to share their knowledge and information.  You’ve gotta trust me on this one.

Why do you ride?

Terry: My one word answer is “freedom”. You can’t help but be an active part of the travel experience while feeling the micro climates, smells, sounds, and sights that are all a part of 2 wheeled travel. The motorcycle is one place that I’m alone with my thoughts and can’t be disturbed by the phone or other interruptions…. And it’s cheaper than a shrink.

Sandy: There’s nothing like ‘helmet time’ to solve the world’s problems.  Okay, maybe my own.  I come up with new column ideas, sing along with my iPod (loudly), forget I have to be a responsible adult, and smell the smells that the road has to offer. Favorite aroma?  Citrus blossoms.  Not so much?  Baking roadkill and truckloads of swine <shudder>. 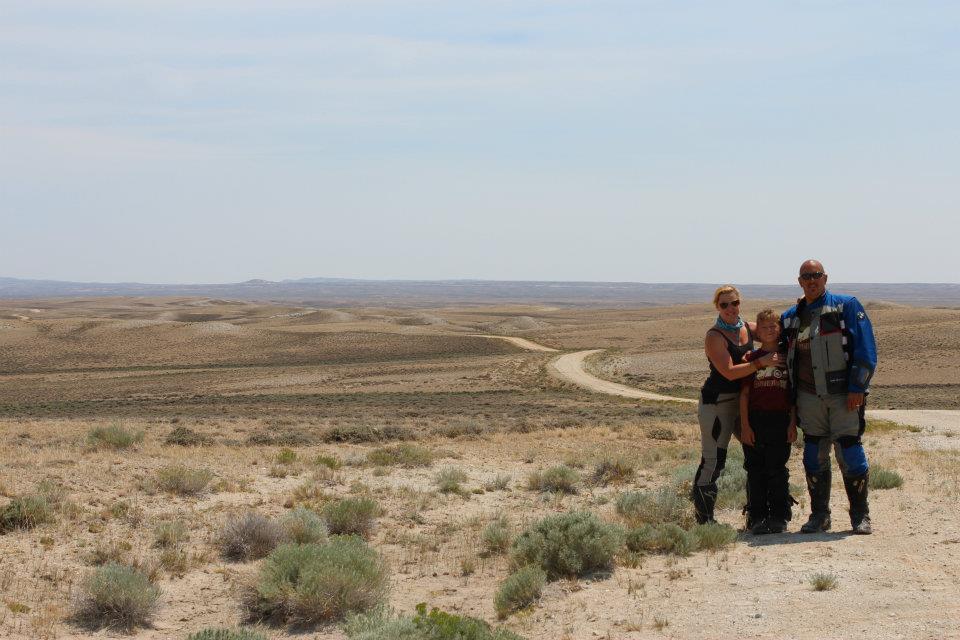 Terry: Not long after Sandy and I met we borrowed a friends sport bike and took off at night without proper gear or helmets. A car pulled out in front of us while we were speeding at over 70mph and for reasons unknown to me we didn’t go down. I promptly returned the bike home and did not ride for 16 years.

What’s next for the Adventure Trio?

Sandy: So much in the planning stages at the moment!  I think you’re going to have to check back in in the next few months.  I promise, it will be a doozy!  Here’s a hint…Mexico, Central and South America.

Click HERE to learn more about the Adventure Trio.