Throughout the 90’s BMW continued to evolve the GS motorcycle, releasing a redesigned four-valve boxer with a telelever suspension in 1993, and a sportier and more aggressive 1150 by the end of the decade.

The last of the two-valve boxers rolled off the production line in December of 1996.

In 1993, BMW returned a single cylinder model to the market with the F650 Funduro. Although BMW had produced single cylinder bikes before, this was the first BMW ever produced with a chain drive. 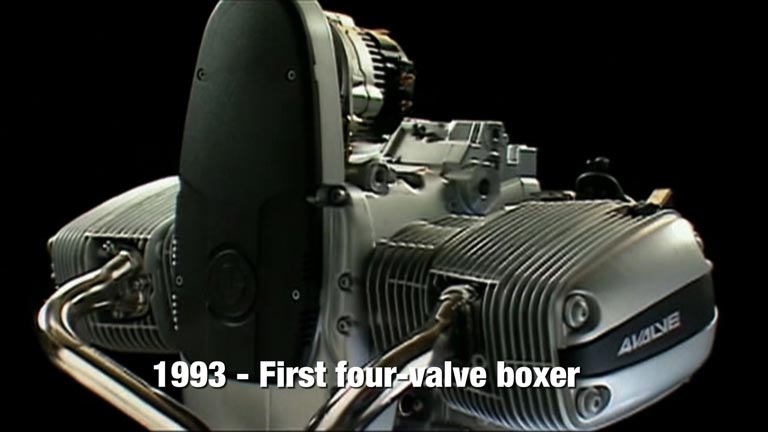 Although it was initially perceived as a somewhat less capable version of the larger GS, all of that changed when the bike was used in the 1999 Paris to Dakar challenge. The modified BMW 650 RR won the race two years in a row. Not only that, but BMW swept first through fourth place in the 2000 race.

Experience and knowledge gained at the Paris Dakar Rally eventually led to the engineering concepts used on the F 650 GS Dakar and the new R 1200 GS.

Although BMW had pulled out of competitive racing after their win at the Paris-Dakar, the world of adventure touring was booming. More and more riders were expanding their horizons and exploring ever distant lands on their GS motorcycles. 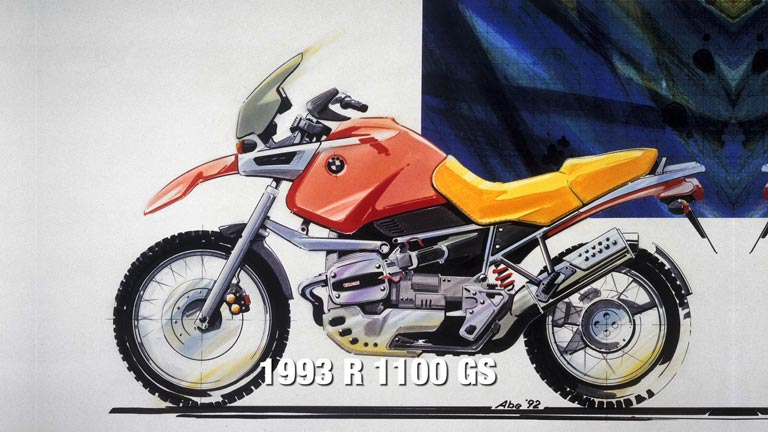 BMW answered the demand by continuing to improve their GS motorcycles throughout the decade, releasing a completely updated version of the GS in 2004. In fact, the R1200 GS is the most successful motorcycle in BMW Motorrad’s history, proving that the GS has indeed withstood the test of time.

In 2005 BMW introduced a competition worthy, production boxer, the HP2. Designed with harder-edged off-road use in mind, the HP2 weighs in at just 175 kg and comes with a 1,200 cc Boxer engine that’s good for 105 horse power. The HP2 is the most uncompromising production off-road Boxer of all time and BMW is once again at the forefront of off-road events.

In 2009 the range was expanded with the introduction of the F 800 GS middleweight sports enduro, which is also destined to become one of BMW Motorrad’s best selling machines.

Riding in the dirt.

It’s been in our blood since the beginning. 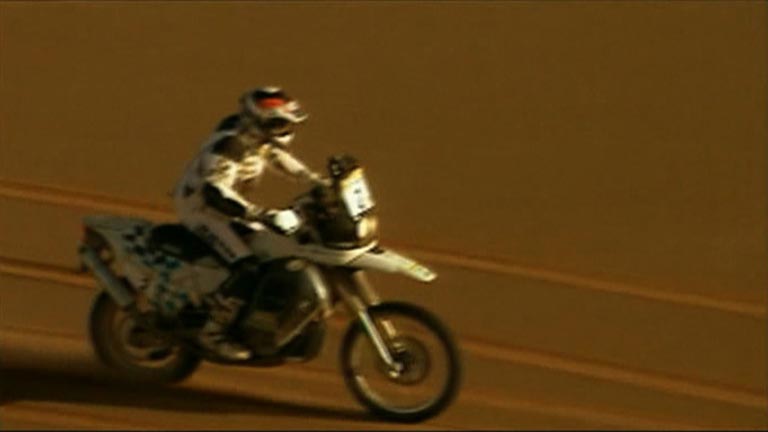 Almost sixty years of off-road experience went into the first GS motorcycle and another 30 years of further development have brought us the GS motorcycles of today.

People buy a GS motorcycle for lots of different reasons, but riders of BMW Motorrad’s legendary enduro all share a common desire to travel further ‘off the beaten track and to experience more unusual and interesting places than ‘ordinary’ riders.

With many of the original and updated models still in use, there are many thousands of happy owners enjoying the GS experience.

When it comes to long-distance, rough terrain and serious adventure travel, no other motorcycle comes close to matching the ability of the all-conquering BMW GS.

This film is just a small taste of the adventure awaiting you on the BMW GS.