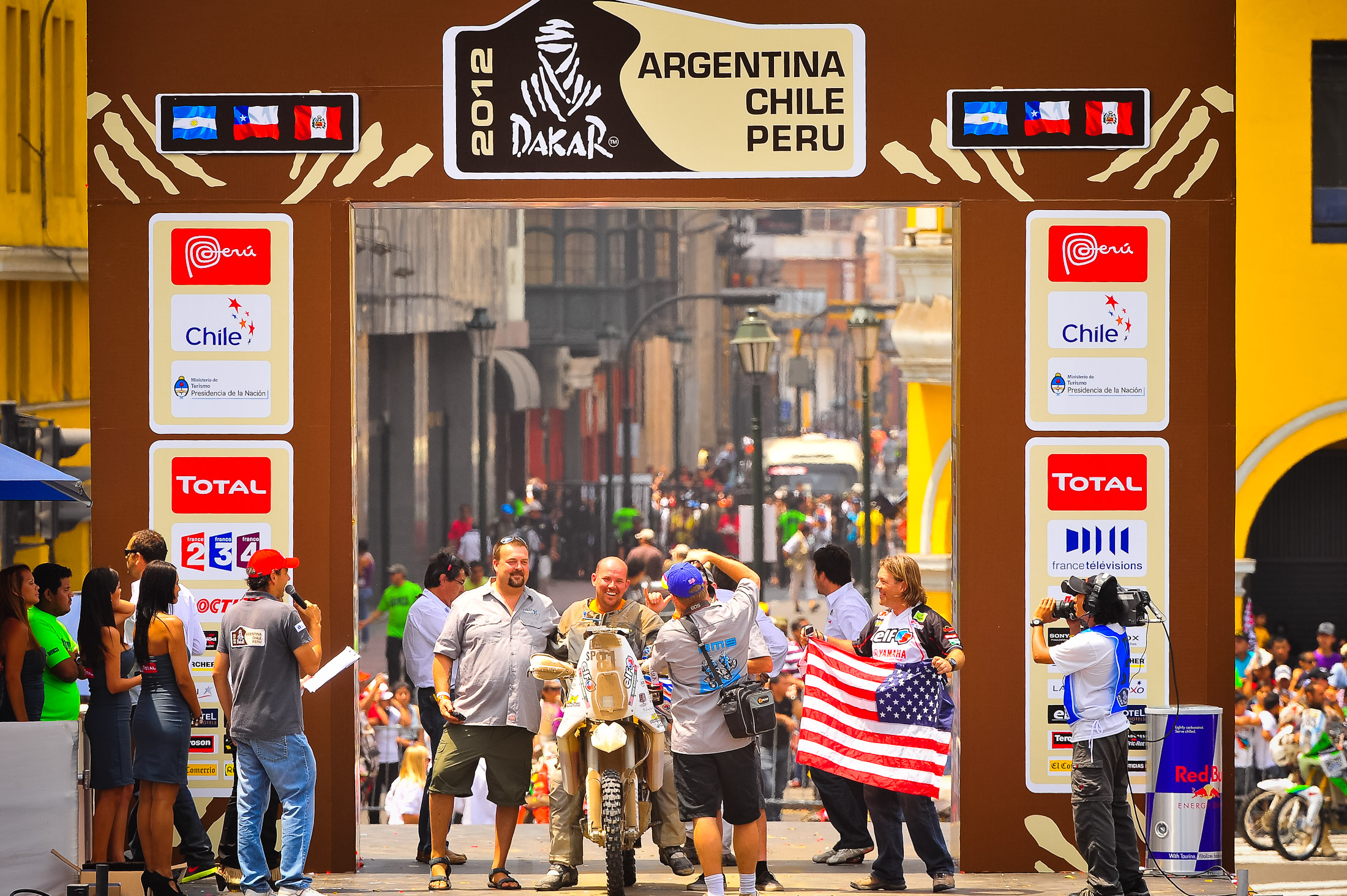 There’s really just one update left about my Dakar Racing experience, but it’s a biggy- I finished the 2012 Dakar!

After months of focus and two weeks of the most intense and punishing race around, to reach the goal of finishing this epic race was almost anticlimactic. I had been thinking about this moment for so long and when it finally arrived, it was hard to absorb it on the podium and in the days following.

I was dazed. Not really confused. But definitely numb to the reality that I finished something substantial that I’ve been thinking about and following for years. I can tell you the feeling of achieving the goal and doing it exactly according to my plan, is very good. I was always racing to finish, trying to stay out of trouble and concentrating on getting my bike and body safely to the end of each day. In Dakar, that’s not easy.

Part of my success was the gear I had along. To stay on track, I needed equipment I could absolutely rely on, and never have to think about, because there was just no room left in my brain. Touratech provided exactly that – the hard parts I got from them were absolutely reliable and durable throughout the race. I can’t thank them enough for their support and expertise.

I wound up flying home earlier than planned after the race. After all, once everything was at the warehouse to be shipped home, I didn’t have anything left to do and the best thing I could imagine was my own bed in Colorado. So, I changed my ticket, flew home, and slept for about 3 days. 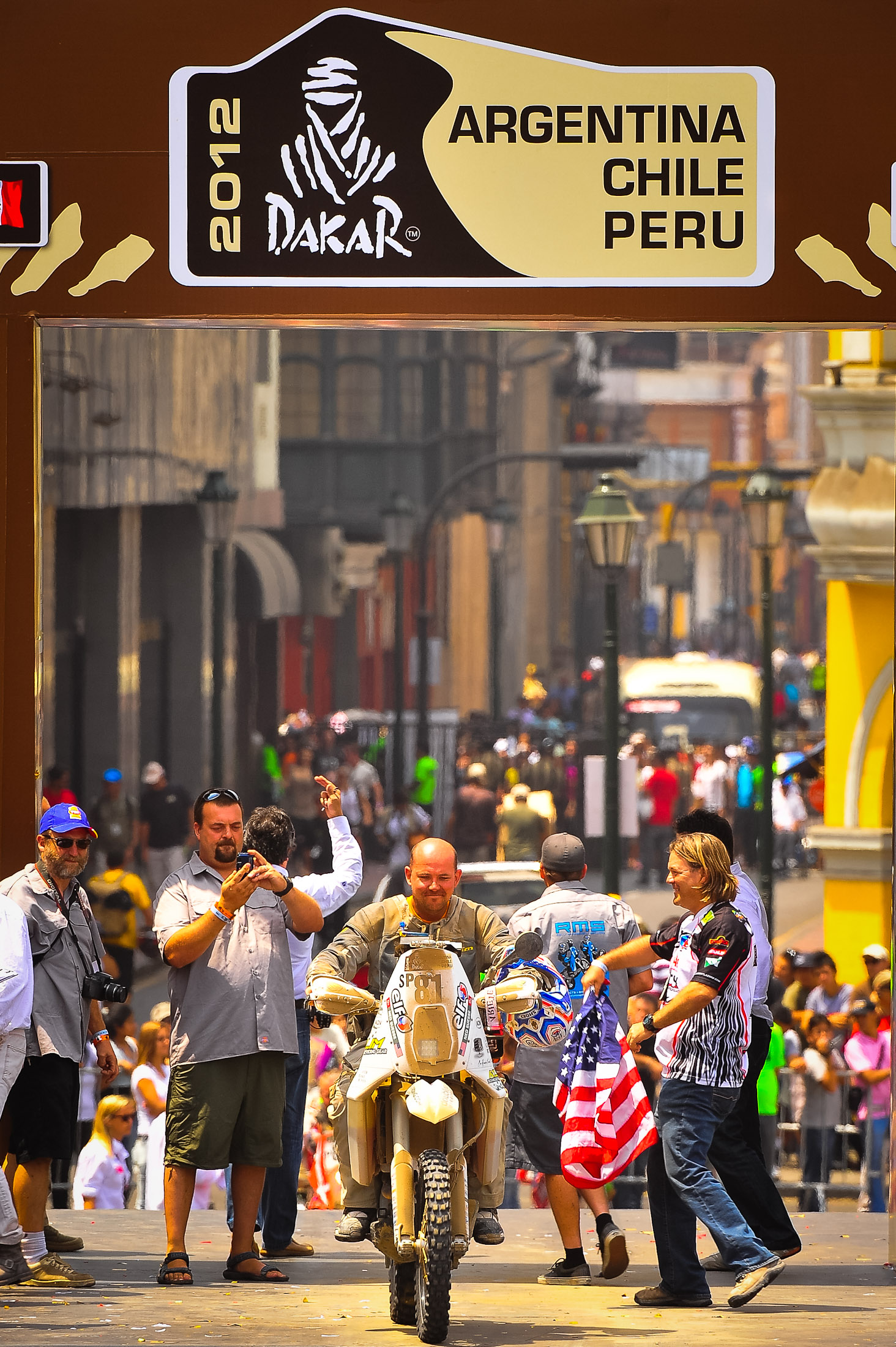 There are a few people that I want to make sure and thank for helping me achieve this goal.

First, Robb and Charlie from Rally Pan Am did a phenomenal job in guiding me through the lead-up to the race, and their support during the event was second to none. Robb knew how to work the system, from parking where he was blocking the gates so that they had to let him out early, to negotiating for whatever we needed from the ASO. It’s great to have guys like that in your corner.

Next, Ted Johnson, who rode along in the truck (and is writing a book about the experience, look for that soon), helped in every way he could, whether it was big or small. Thanks Ted.

Chris Vestal and Scot Ganshert helped me build the bike that worked so perfectly, and Tim Morton from Baja Bound kept it working without a hitch. I didn’t have a single electrical or wear issue during the entire race, and the only two minor mechanical issues that did pop up, we don’t know how we could have avoided. As far as I’m concerned that’s an amazing record!

And last, but definitely not least, Jesse Ziegler at Klim who has helped me get these updates out during the rally. There are so many more deserving of thanks, it was really an effort of many people doing what they could do – going above and beyond what I could even ask – and it was wonderful to be a part of it. 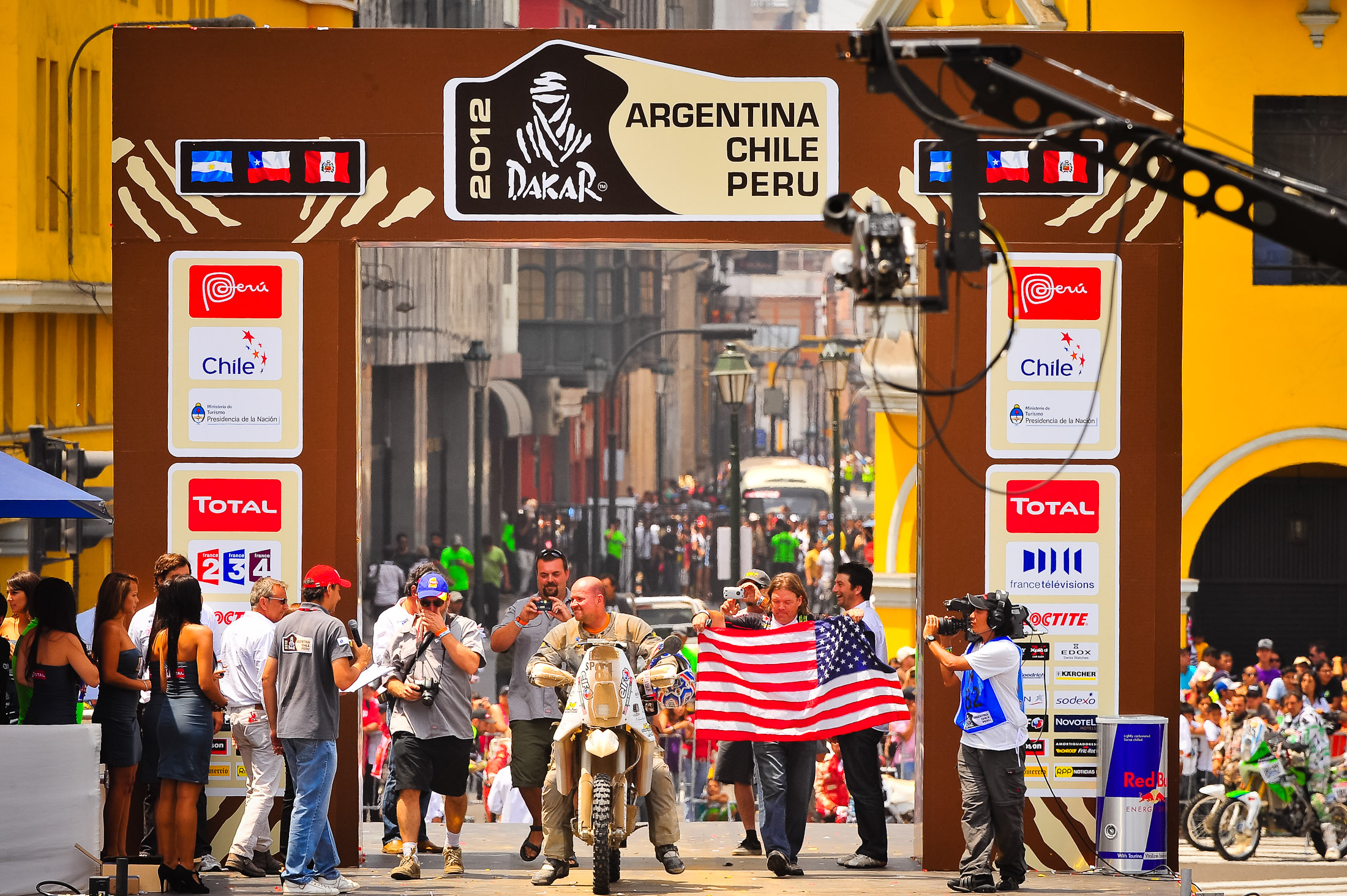 Now that I’m home, I still find myself a little shell-shocked. I was so immersed in the race, moment by moment, that I blocked out what I was accomplishing, if only because it was too overwhelming to think about what was to come. Now I look at the TV coverage, and remember each and every spot I see, and how amazing of a ride this was comes flooding back. To give a sense of scale, riding from Fairbanks, Alaska to Miami, Florida is 500 miles less than I rode in the race.

I think the biggest lesson that I took away from this experience is how important it is to believe in yourself and reach for your dreams. When I decided to go, there were more questions than answer: How could I pay for it? Could I really handle the challenge? Was I a good enough rider? Would my preparations be enough? Did I pack enough underwear? Looking back, I realize that all these questions are secondary. The main point was making the commitment to go and then doing everything I could for a solid outcome. Even if it hadn’t gone as well as it did, I would still be proud of that.

In closing, thank you for reading these reports and giving me a thumbs-up from your computer screen. It’s been a great ride!