Some are amusing, some are deep, some are artsy and creative, some biographical, but they all have one thing in common: a passion for travelling on two wheels. We’re talking about the 200 or so videos that motorbike enthusiasts from all over the world submitted to apply for a trip to Madagascar. Touratech is inviting one rider per continent on this expedition and calling the project, the United People of Adventure.

The island of Madagascar lies off the eastern coast of Mozambique, and delights visitors with its amazing and unique flora and fauna, impressive landscapes and culture. However, this trip, which takes place in April is anything but a package holiday. Touratech is providing the bikes, gear and covering costs, but It’s about exploring, a spirit of adventure and team spirit. The riders must possess a healthy dose of unflappability, openness and the necessary equanimity to enable them to cope with entirely unfamiliar situations. 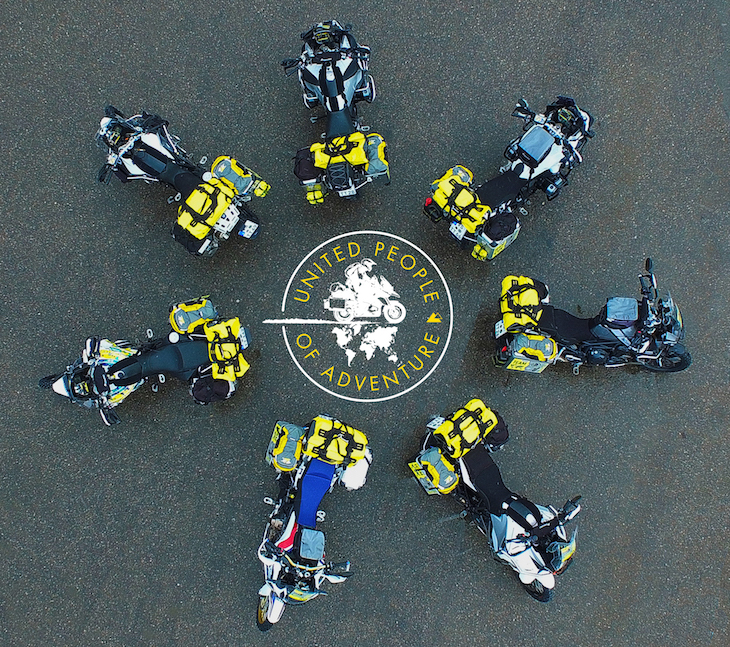 In order to find these special people, Touratech put out a call for video applications. CEO Herbert Schwarz and his wife Ramona then had to choose twelve candidates (2 from each continent) from over 200 submissions. Finalists will attend a selection weekend in Niedereschach between 25 and 28 February.

The twelve finalists, who include three women, are aged between 25 and 58 and all enthusiastic riders for whom taking part in “United People of Adventure” would be a dream come true.

However, the dream will only come true for one rider per continent.

“Out of all the applications, there isn’t a single rider we wouldn’t love to take on the trip with us,” Herbert and Ramona.

It’s clear confirmation that making their decisions was anything but easy. They expressed their particular gratitude to all the entrants for the fabulous videos, the amount of time and effort everyone put into them, and for their tremendous interest in being part of “United People of Adventure”.

And here are the finalists from whom the six travellers will be chosen:

South America: Gunther Fischli (39) and Rosa Freitag (46), both from Brazil.

Europe: Gudmundur Björnsson (58) and Inga Birna Erlingsdóttir (37), both from Iceland.