Waking up I found a KTM 990 Adventure parked next to the Sprinter van in the hotel parking lot.  I had a nice chat with its owner, who was on his way to the IDBDR.  At my coffee stop on the way to the highway I ran into another Touratech customer.  The waves on the highway, and random conversations like these make road trips more fun.  Back on the highway, I set the cruse control and watch the miles click by. 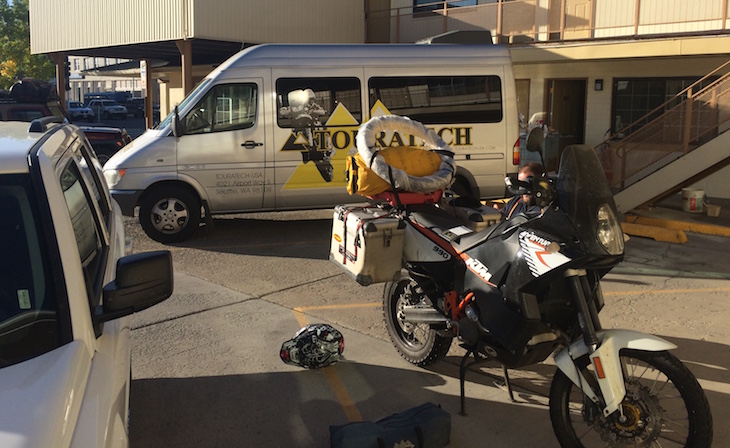 After a few hours on I80 it ventured onto the back highways to start a more direct path down to Yosemite.  On one of the two lane highways I spotted an ORV park sign.  I turned the Sprinter around and decided some riding was in order.  I unloaded my KTM and played in the desert a bit.  It was a nice break after a few days of driving. 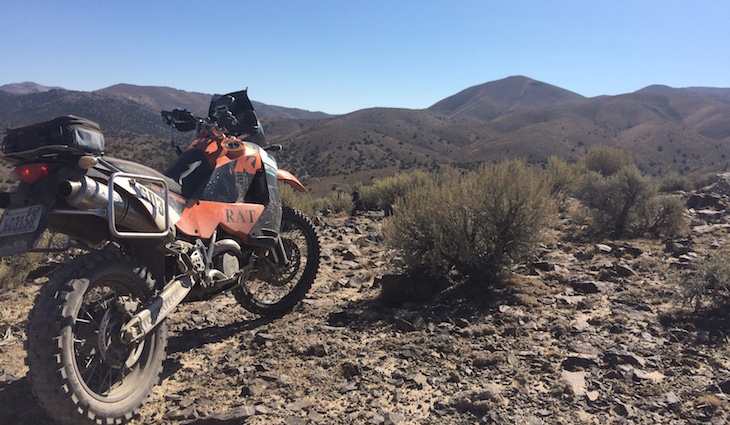 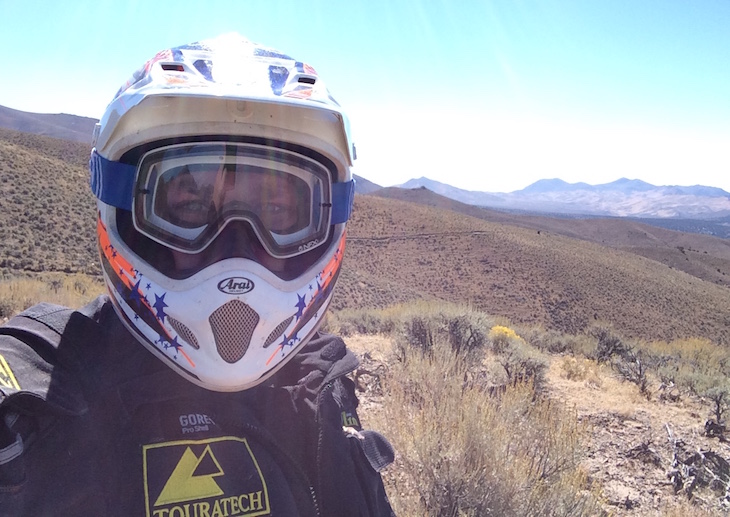 I was driving through middle-of-nowhere Nevada.  There was nothing along the road, just miles of desert.  I stopped in Middlegate, which really was just a small gas station with some motel rooms, and old cars rusting away outside.  In the parking lot there was a pick-up with a couple of shotguns in the front seat and a dog in the back.  This is definitely the country, and I am glad it is still exists. 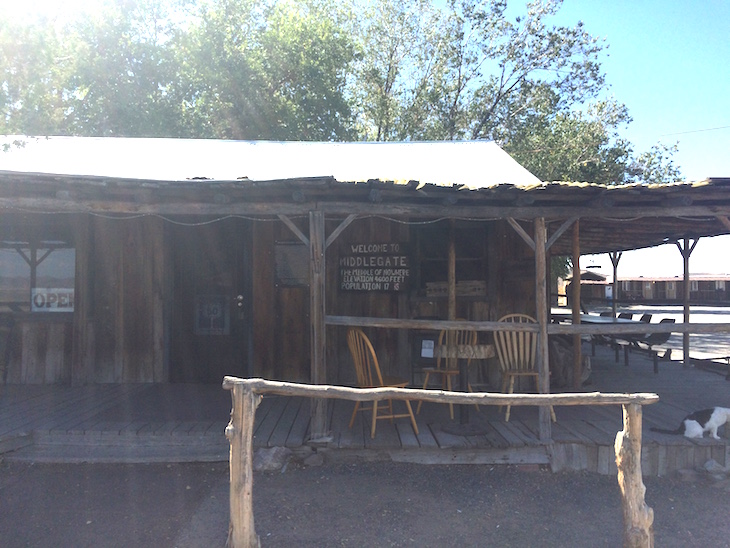 The miles of long, straight, two-lane highways flanked by brown desert reminded me a bit of the original Mad Max movie.  Other than the road, totally disconnected from civilization.

I stopped in Gabbs, a shell of a town, to grab something to drink.  The store and a small bar were open, everything else seemed to be boarded up or abandoned.  It was weird to see a not quite dead ghost town. 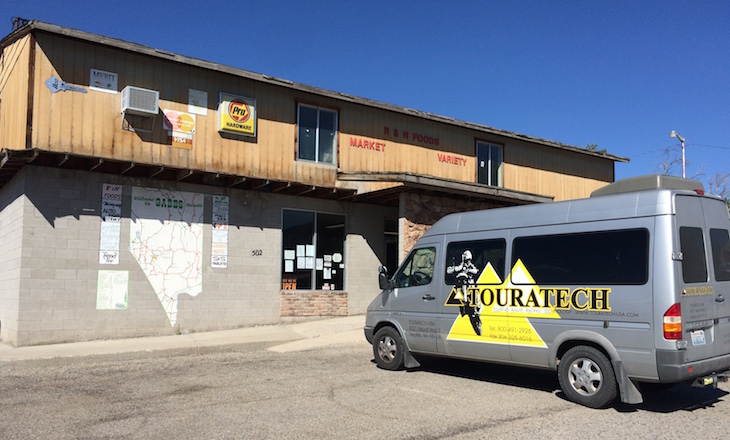 I was getting pretty hungry, as it was well past lunch-time, but I had not really found anyplace to eat in my miles through no-where. Heading into a town I started to notice many earthen magazines off the sides of the road.  Turns out I was heading into Hawthorn, and the magazines I saw were part of the huge ammunition storage area the government has there.  There were mines and bombs all over the town, dummies of course.  The museum had a nice assortment of bombs, torpedoes, and mines outside, and a tank.

I topped off the tank in the Sprinter, grabbed a sandwich, and made for the the California border.  I drove through Yosemite National Park.  The views were awesome, and the road whould have been a blast on a bike, twisting and winding through the mountains. 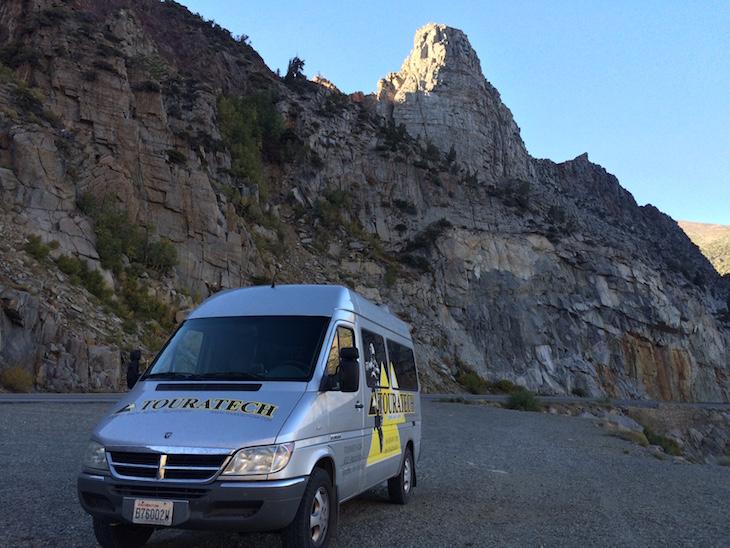 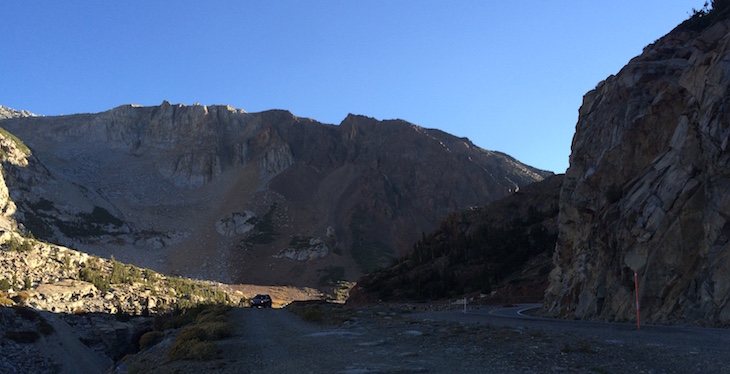 It was after dark when I finally pulled into Mariposa, CA where my hotel and the event site was.  It was about a 500 mile day.  This weekend will be the Horizons Unlimited event, then the final leg of my trip, back to Seattle.