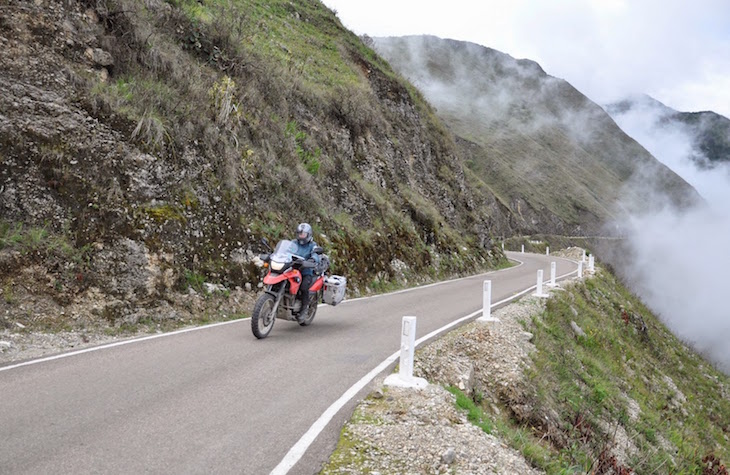 Going into this trip, I read about all these “cloud forests” throughout the tropics, which conjured up images of fairytale-like settings. Well, riding from Chachapoyas to Cajamarca in Peru, we spent plenty of time in a cloud forest, but it wasn’t exactly a fairytale. We planned for about 200 miles for the day, not an amount that should have taken the majority of the day as it did. The scenery was indeed impressive as we rode along ridgelines, down into valleys, along the river, and through grasslands. That came with elevation changes from as high as 11,000 feet and as low as 3,500 feet multiple times over. The road we took through all of this landscape and the dense fog that came with it made the ride most interesting, though. It was a single lane, paved well but incredibly twisty as it wound over two mountain passes. This, we shared with two-way traffic that included tour buses, cargo trucks, and the like. 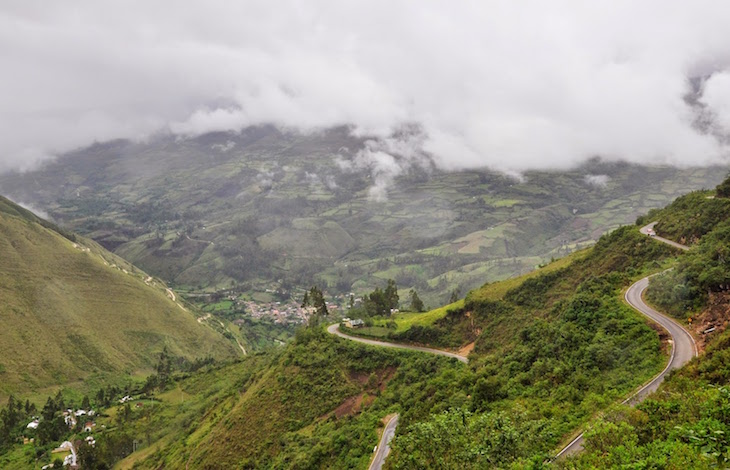 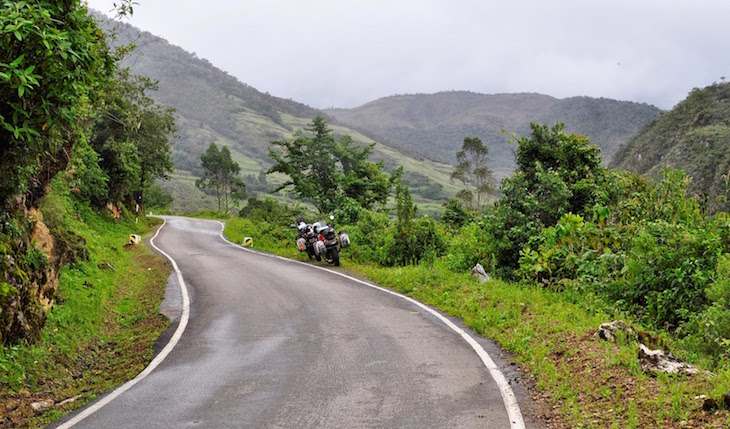 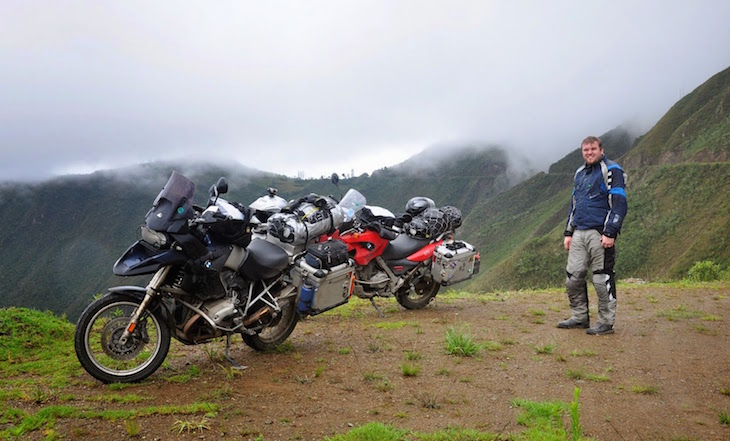 From our trip to Kuelap in the minibus, we learned that the standard practice of handling blind corners along these roads is to honk while approaching slowly. If no honk responds, we’re theoretically clear to proceed. With fog so thick we could practically cut it with a knife, the whole road began to feel like a blind corner. A bit hair-raising, to say the least! For this reason, the ride took quite a bit longer than originally anticipated. More than once, we had to come to a complete stop with head-on traffic and do the dance of moving around each other. Once, we did this with a big tour bus around a high mountain pass with no margin for error. Let’s just say, there’s a bus out there now with a Touratech pannier stripe down the side. Matt typically rides in front, and he actually used the horn so much that it temporarily stopped working. 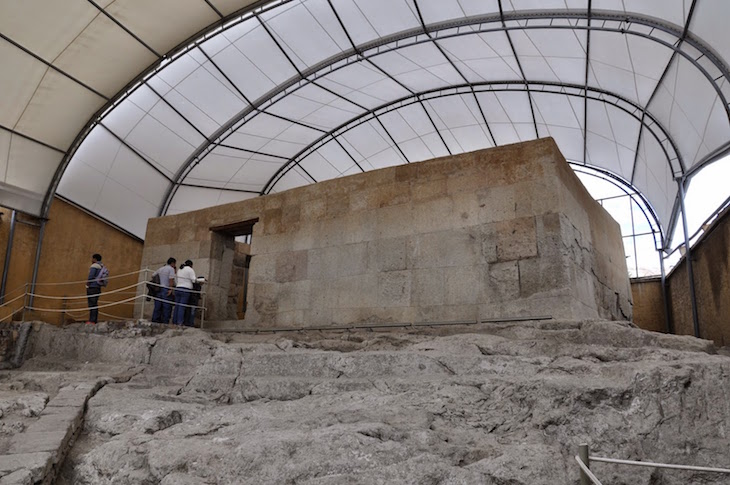 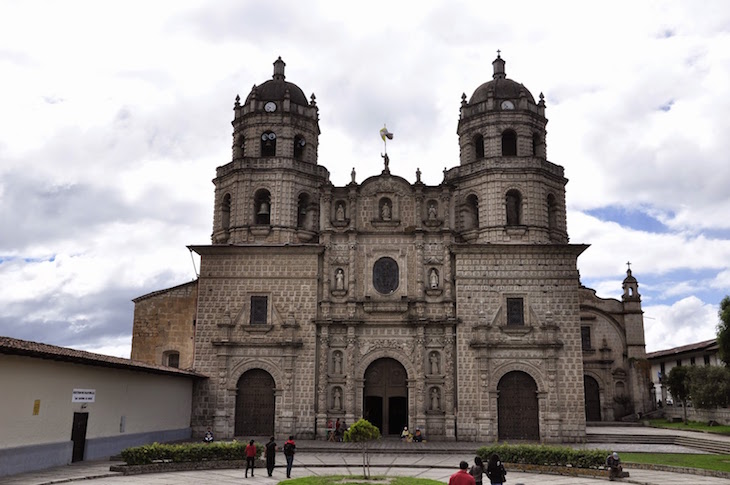 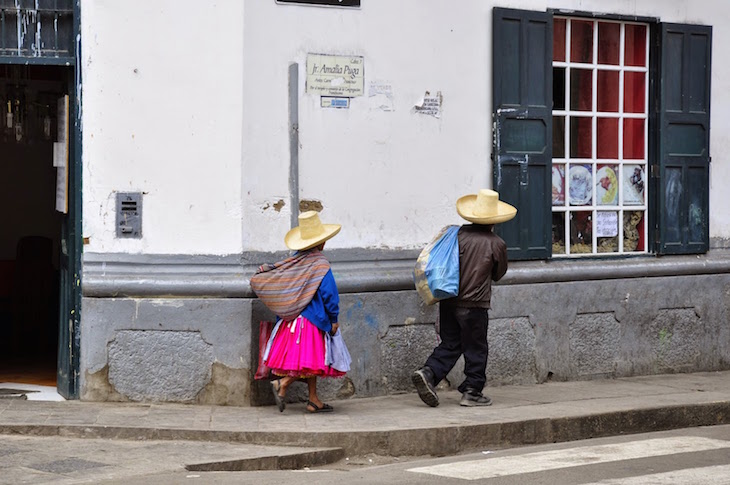 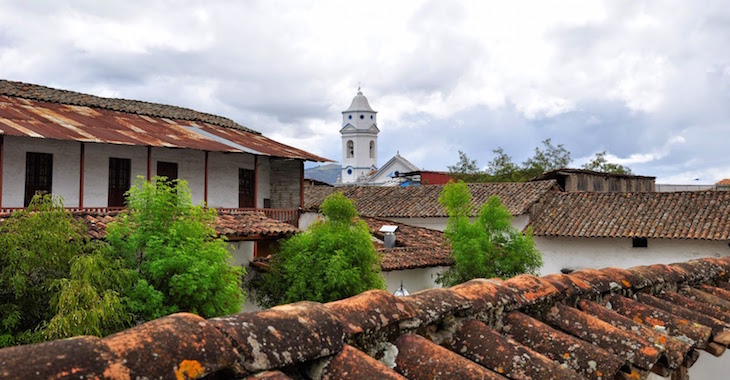 We left Cajamarca in similar weather as we’d seen the day before, a mix of fog and rain, but as we dropped elevation, things became clearer and warmer. We met the Rio Magdalena and followed it on a nice, twisty 2-lane highway toward the ocean… where we found the wind. I guess we could’ve expected that.

As we pulled into Trujillo, we were a bit underwhelmed. It has a lovely, large plaza but is otherwise just another big city with a lot of traffic and pollution. In contrast, the hostel we stayed at had a bit of character. The entire establishment has been frozen in time for several decades, even including its phone system. We actually received a call from our friends in Lima while there and can verify that it still works! 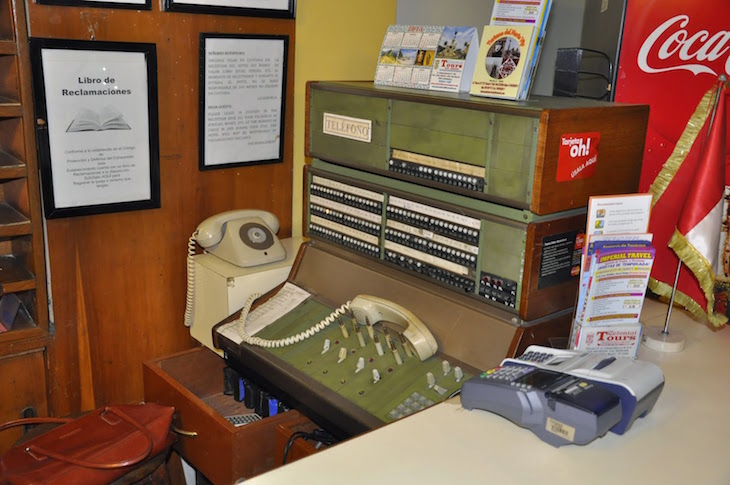 The city itself, though, is not why we came here. We came to Trujillo to see the local ruins. Trujillo is home to the pre-Incan pyramids Huacas del Sol and de la Luna as well as the ancient mud city Chan Chan, among others. Following our usual protocol, we knew what we wanted to see and went to the plaza to find who wanted to give us the best deal on a tour of it. We’ve found that in Peru you can find guided tours so inexpensively, it makes no sense to ride around town to the different sites on our own. Within an hour, we’d found a deal with our own personal, English-speaking guide and were on a minibus out to our first site. (Side note: we also preferred being in the protection of an enclosed vehicle with a local driver, as people seem to have a different definition of “right of way” than we do here.) 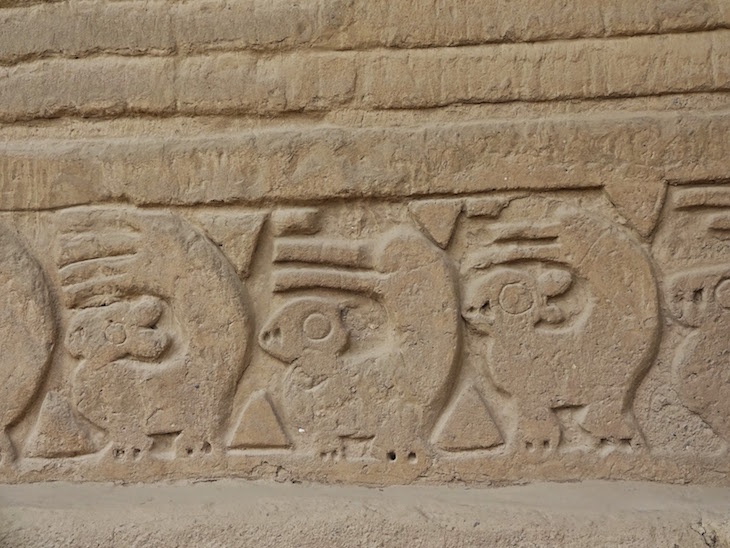 Later in the day, we moved on to tour Chan Chan. The Moche finally gave up on the severe weather patterns in the area where Huacas del Sol and de la Luna were built and moved to a milder coastal climate. The new generation of people who moved out to the coast were called the Chimú, and they built an entire city of mud, now called Chan Chan. Like the huacas, the city’s well-preserved in terra cotta. 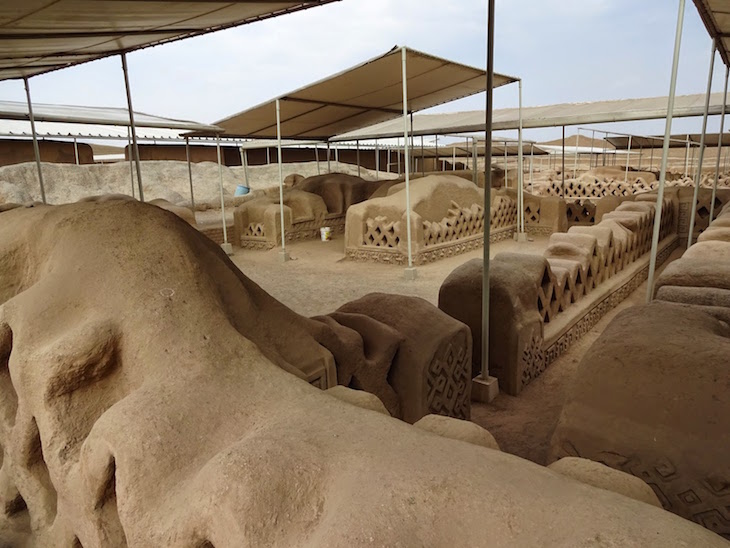 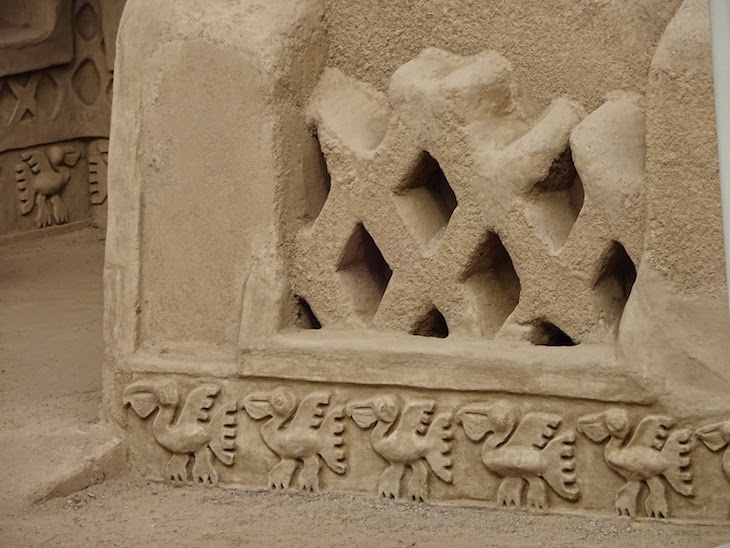 Ruins such as these are exactly what we’ve been looking forward to in Peru. This was one of the most impressive days of our trip thus far, and we’ve only just gotten started!