For a limited time, receive a FREE set of Touratech Progressive Fork Springs with the purchase of an Explore HP, Expedition or Extreme shock for your 2013+ BMW F800GS (non-adventure) motorcycle.

Touratech Suspension is the world’s first purpose-built shock absorber for long-distance touring with a fully-loaded motorcycle.  Right out of the box, it has the strength, features and adjustments to go the distance on an adventure bike carrying luggage.

To take advantage of this promotion, simply order one of the shocks featured below, fill out your suspension profile, and we will add the Progressive Fork Springs to your order before it leaves our warehouse. Supplies are limited. Promotion ends June 30th.

Note: This promotion is only good for 2013 and newer BMW F800GS (non-adventure model) motorcycles. 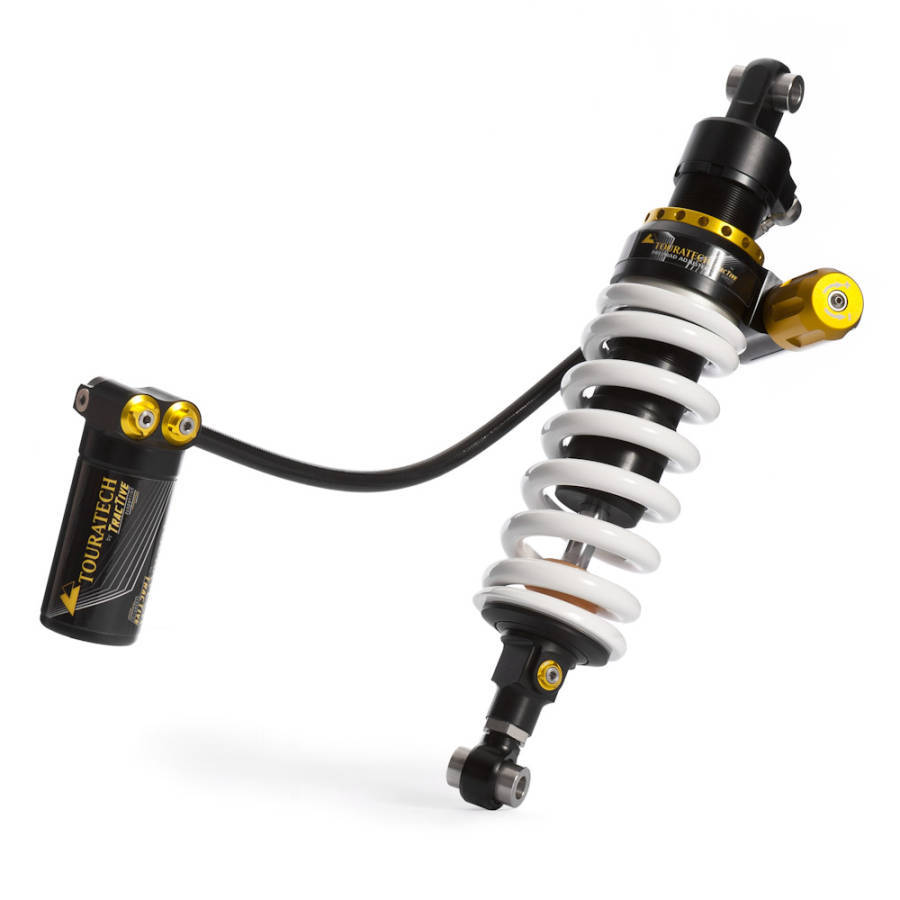 We let the mad-scientists build the shock of their dreams with this product. When we asked for the absolute highest performance shock they could imagine, they developed the Touratech Extreme Shock. If NASA built suspension for the F800GS they’d be happy with this one.

Combine this PDS “bottoming control technology” with a remote reservoir, fully adjustable high-speed and low-speed compression damping, adjustable rebound damping, high-flow fittings, low friction seals and 50% more pre-load adjustment than other shocks on the market and you begin to see why this is the shock of choice for F800GS riders who want the ultimate in touring performance.

The Touratech Expedition Shock is the ideal choice for the F800GS rider who plans to do an extended trip or wants to ride a Backcountry Discovery Route.  For the rider who wants absolute control over suspension set-up and high performance, this shock is a great option.

The Touratech Explore HP shock is over-built by design with heavy-duty materials, over-sized components, 50% more spring pre-load adjustment, and adjustable rebound damping that’s tuned for optimal performance with a fully-loaded motorcycle. With an Explore HP shock, the pre-load can be quickly adjusted by turning the knob with your hand.