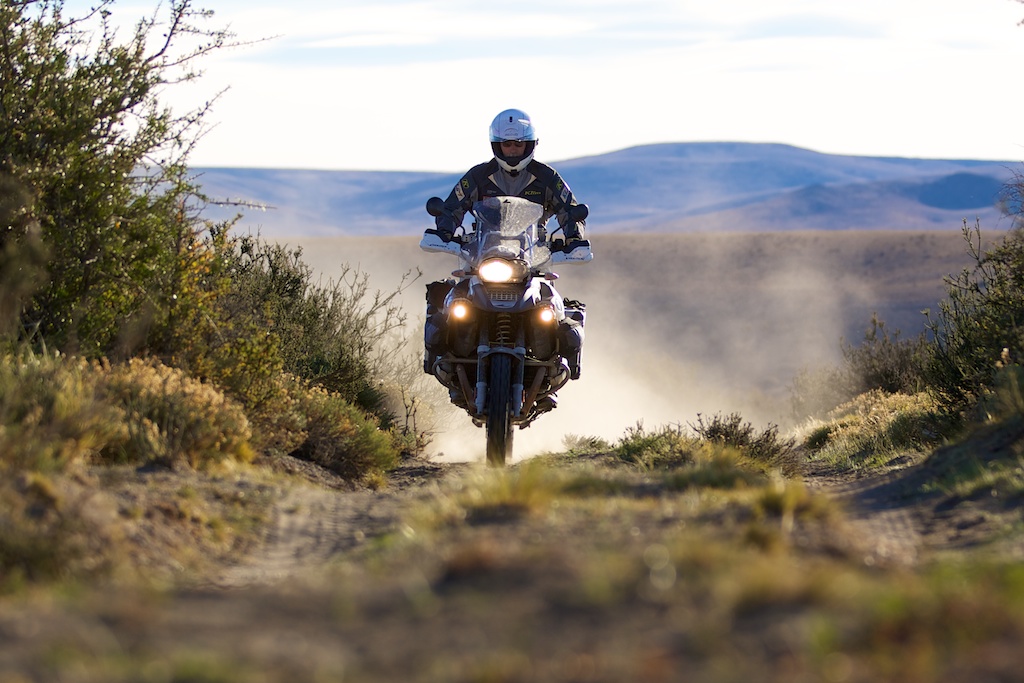 After picking up a brand new BMW R1200GS Adventure, I headed south from Seattle on a wet and cold day late in December of 2012. It took 98 days to ride the 15,000 miles from Seattle to Tierra del Fuego, the southern most tip of South America.

Some will argue that we did it too fast. “What is the hurry?” While others boast about their ‘Record Ride,’ having rode from Alaska to Tierra del Fuego in 21 days. Well, this is the time we had available and it was a great experience, or as some of the members of our group said, “a wonderful sampling of the Americas.” 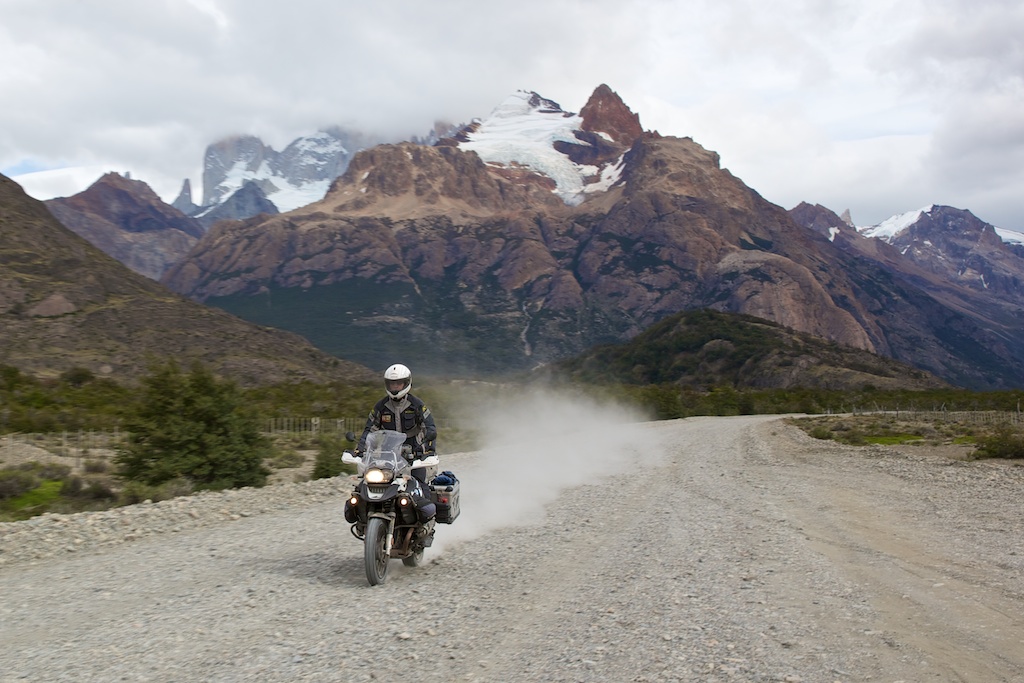 In the 1980s I spent three years roaming around South America on my BMW R80G/S, but at that time I was young and had very few commitments. I have always loved the boxer engines from BMW and having a bike with a shaft drive and tubeless tires makes for a great configuration for a world traveling bike.

These days, I ride the BMW R1200GS Adventure and find it to be the ideal bike for my needs. At times it is a little big, but it can also be the most wonderful two wheeled bike an adventure rider could wish for. Life is a compromise and to me this is the perfect compromise when it comes to motorcycling. 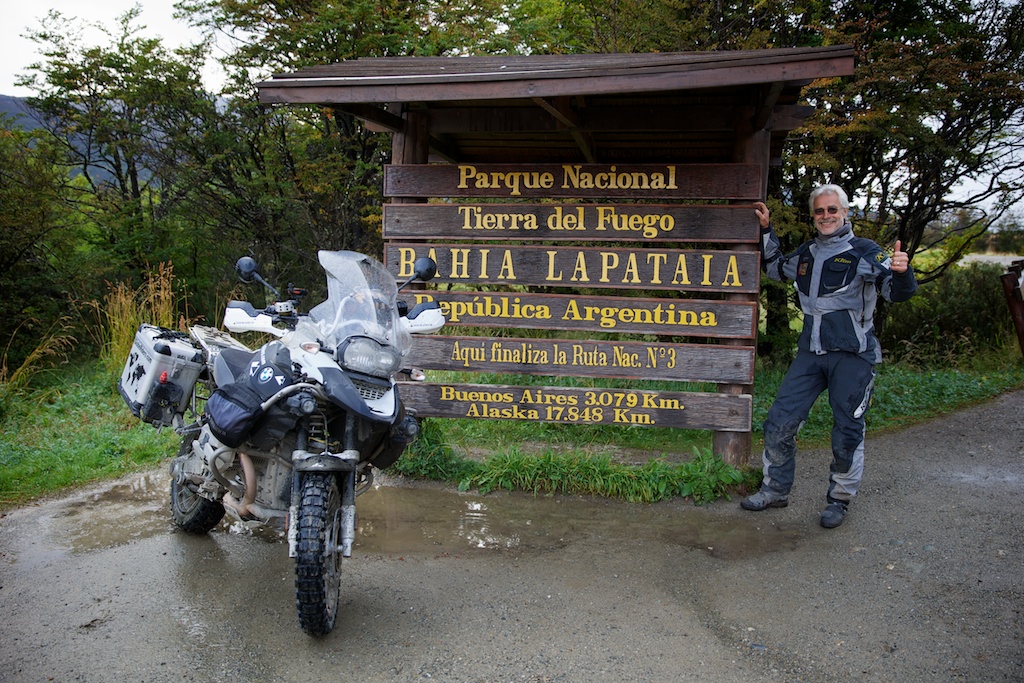 Every chance I have I try to upgrade my ride. I cannot tell you happy I was when I learned about Touratech’s new suspension. I was literally drooling as Paul at Touratech-USA filled me in on the specs of their new line of shock absorbers. All that he told me about were the upgrades to weaknesses that I have seen during my travels using both BMW’s and aftermarket shocks up through the years. Basically we were talking about a purpose built shock for the big BMW GS bikes.

Despite all the talk and promising specs, I knew that only a thorough test ride would prove if this was the upgrade that we all have been dreaming of. Shortly before I departed Seattle, the Touratech Extreme Shock was mounted on the back my bike, and a Touratech Explore Shock on the front. The set up was pretty straightforward and during the first few weeks of our ride south I made only a few adjustments, mainly to the damping. The preload had been set for the load of my fully packed mule even before I headed out, and I kept that setup for the entire journey. 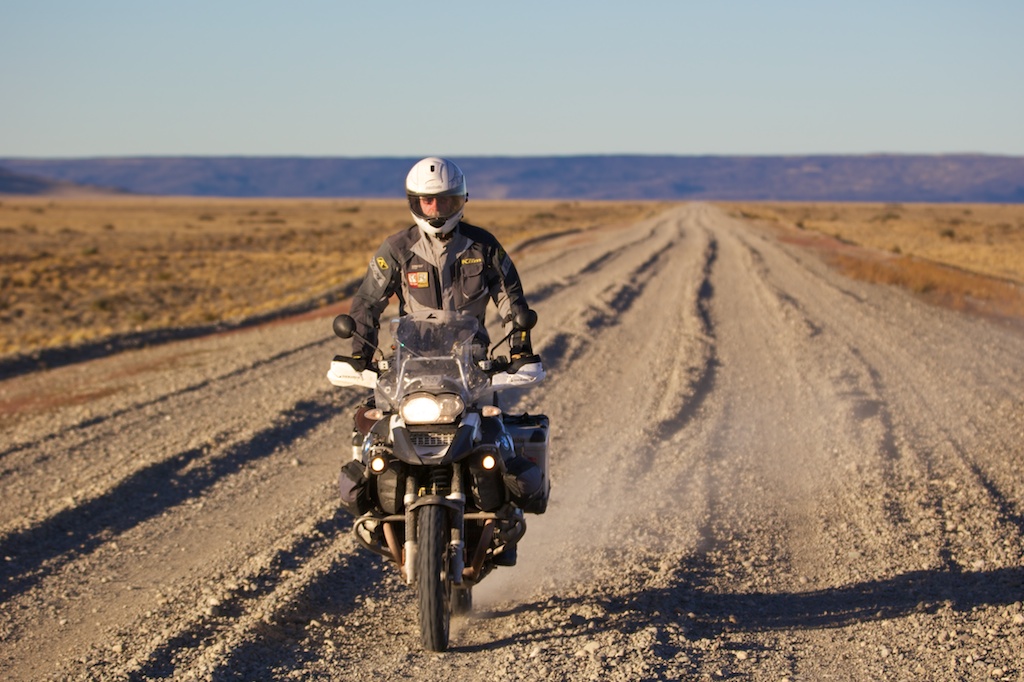 On all of the GlobeRiders expeditions, we start our adventures by going over how everyone has setup their shock absorbers. It is amazing to see how bad some of the shocks are set up. Do yourself a favor; whatever shock you have, familiarize yourself with the basic setting of your shock absorbers settings – it will change your ride.

After experimenting a little I found the sweet spot for the damping and rebound of the shocks and stuck with that for most of the journey. Only a few times can I say that I felt that the rear shock bottomed out. The good thing, though, was that I knew that this was not a conventional bottom out since the Touratech Extreme Shock has a second piston that prevent the shock from bottoming out. Just that in itself is such a great relief and gave me peace of mind. I have seen several shocks up through the year disintegrate when they hit a bighole and bottomed out, a disaster for any world traveler.

Admittedly, I do not pack light when I travel. Addicted to camera gear, the pounds keep piling on and I have a tendency to ride hard on rough roads. It is just the way I am wired, so no wonder I burned up the engine of my first air-cooled VW bus. They told me to go slow, but that was just too painful. 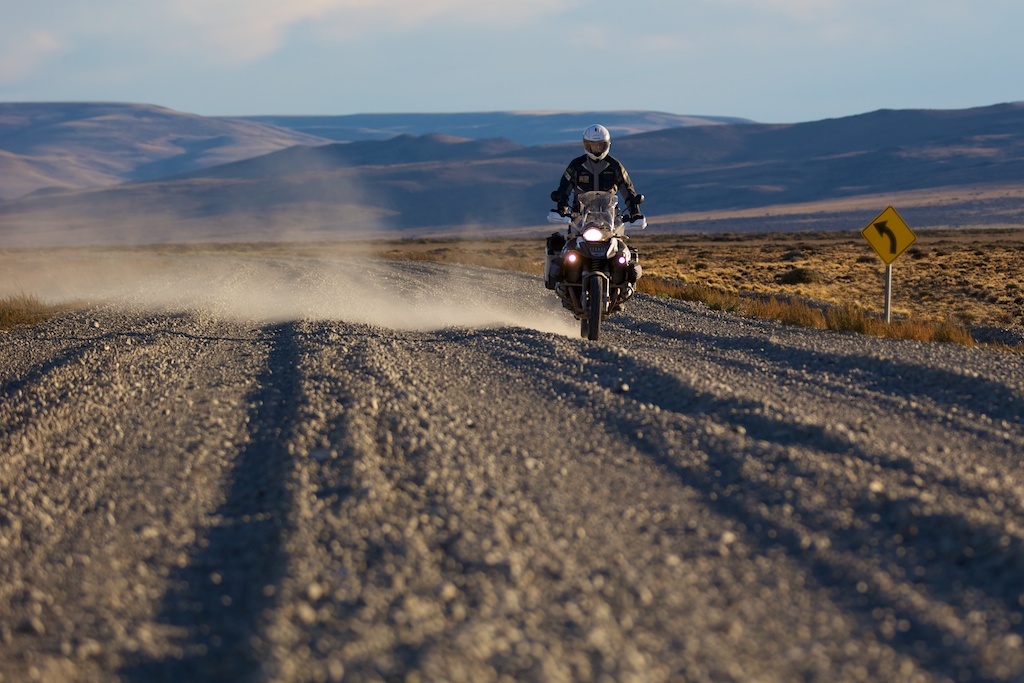 On this journey we had plenty of rough roads, high-speed surprises, big holes and rough, washboard roads. I have to admit that many a day I thought to myself that with this new top of the line shock I could give it a little extra just to see how the shock absorbers would handle the abuse. Not that I was looking to destroy the shocks, but rather give them a real test to see if this was something that I could recommend to any world traveler, and do so with good conscious.

I am happy to say that I could not be more satisfied with the Touratech Extreme Shock and the Touratech Explore Shock. They worked flawlessly for 15,000 miles, the length of the Americas, and I would not hesitate to recommend them to any adventure motorcyclist that is heading out on a serious ride.

As a side note, we did have one member of our ride to Tierra del Fuego break his aftermarket rear shock. The shaft broke on the lower part and as a result locked up the rear tire at speed. He crashed and spent the rest of the journey in our chase vehicle. The shock had been overhauled just before the ride and still did not make it. 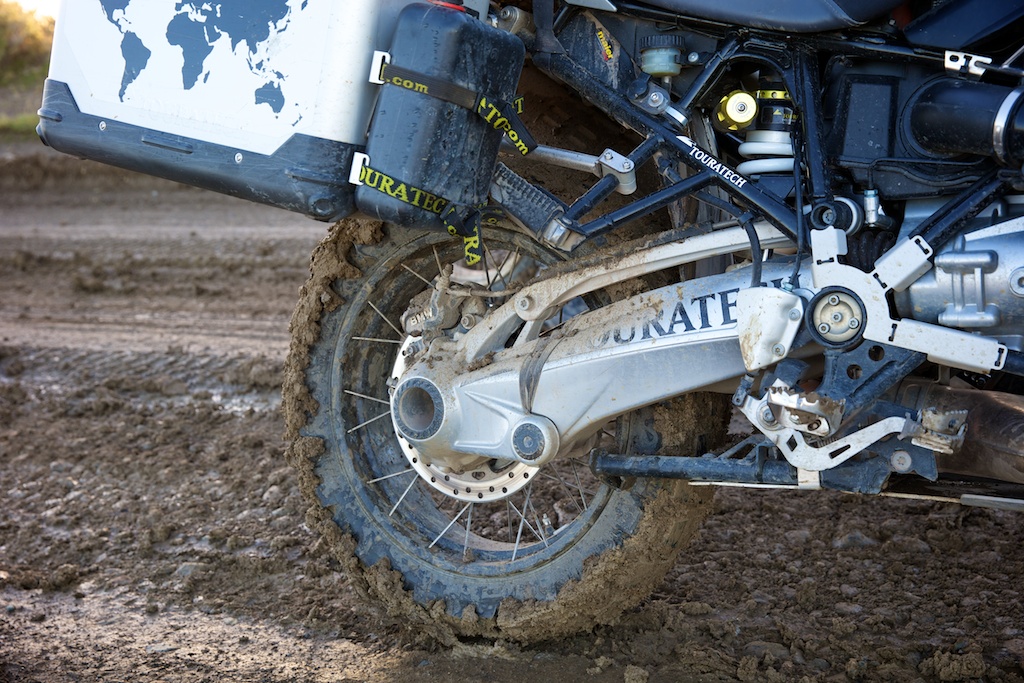 When my bike returns to Seattle I will have both shocks fully serviced just like I do with the rest of the bike. Why BMW delivers their bikes with shocks that cannot be serviced puzzles me greatly, it just do not make sense! We service every other part of the bike by changing oils at certain intervals, but for some reason this is not possible with the stock shocks on the BMW GS bikes, someone please explain me the logic behind this!

I’d like to thank Touratech for listening to us adventure motorcyclists and for producing suspension built to handle the rigors of world travel. It is good to know that I won’t have to worry about my shock absorbers on our next big ride, Africa!