Whether you’re riding on or off-road, armor is essential. That said, we’ve decided to highlight a few of the differences between the three types of motorcycle armor currently available; CE Level 1, CE Level 2 and D3o. 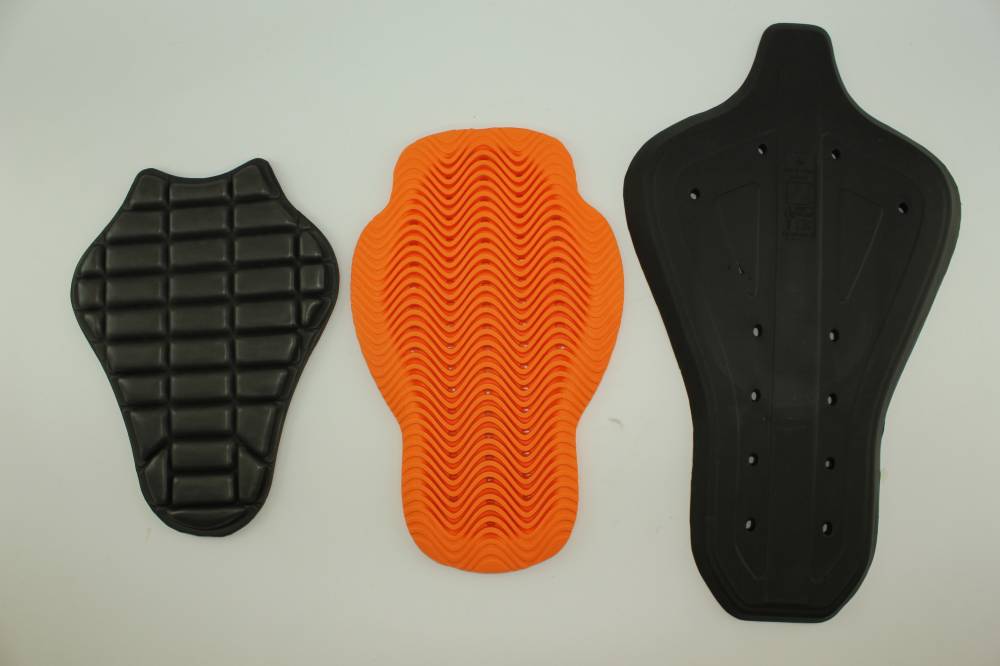 In Europe there are two standards covering "motorcyclists’ protective clothing against mechanical impact" – CE Level 1 (EN 1621-1:1997) and CE Level 2 (EN 1621-2:2003). Both standards assess the performance of protective devices by measuring the force transmitted through it when impacted by a falling mass. 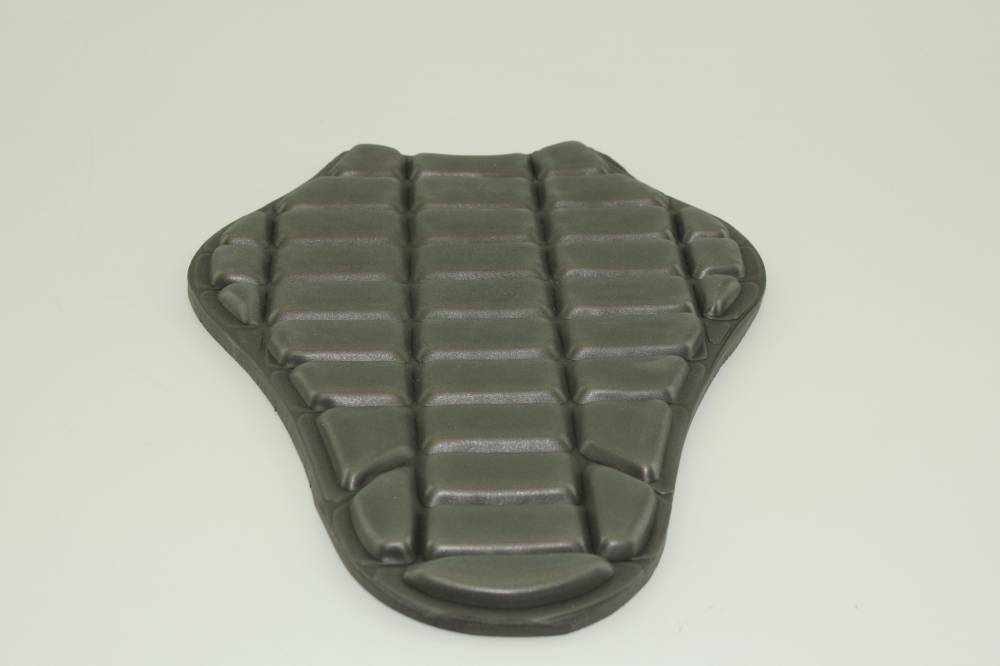 EN 1621-1:1997 assesses devices that are designed to protect the shoulder, elbow and forearm, hip, knee and lower leg regions. The test apparatus consists of a mass of 5 kg with a 40 mm x 30 mm striking face, dropped onto the sample mounted on top of a 50 mm radius hemispherical dome. The anvil is further mounted onto a load cell, allowing a measurement to be made of the force transmitted through the protector. The kinetic energy of the falling mass at impact is required to be 50J.

A protector subjected to this test method is deemed to conform to this standard if the average transmitted force of nine tests is less than 35 kN, with no single test result exceeding 50 kN. 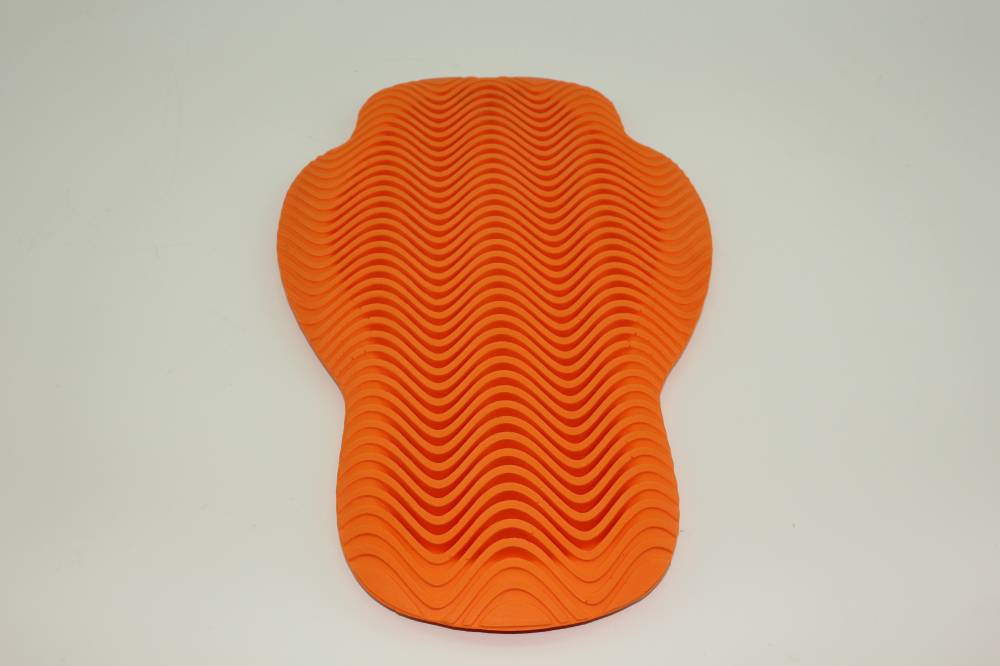 D3O is a dilatant material commonly used for impact protection. It has been categorised into smart fabrics and intelligent textiles by the Research and Markets.

D3O became widely used in impact protection due to its properties. In its raw state it flows freely when moved slowly, but on shock, locks together to absorb and disperse energy, before instantly returning to its flexible state. This characteristic provides protection, as well as material flexibility, which in turn offers many benefits to the wearer. 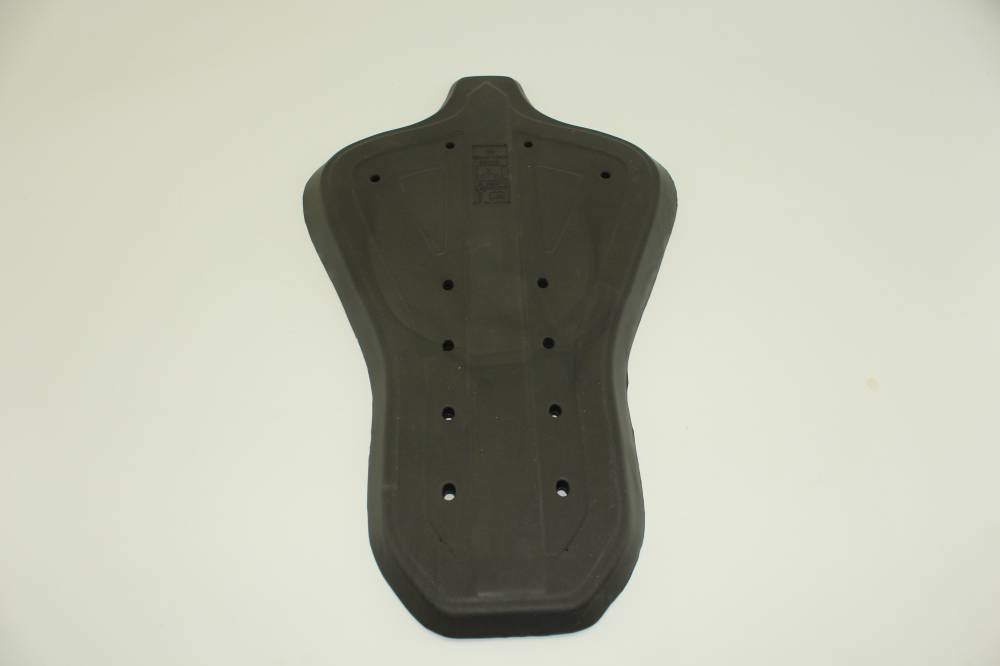 European Standard EN 1621-2:2003 defines two levels of performance for CE approved back protectors. The test apparatus and procedure is similar to that of EN 1621-1:1997, but with a different impactor and anvil configuration. The impactor is a rounded triangular faced prism, of length 160 mm, base 50 mm, height 30.8 mm and radius 12.5 mm. The anvil is a radiused cylinder, with its axis orientated to the direction of impact, of height 190 mm, diameter 100 mm and rounded end radius 150 mm. When tested to the procedure defined in the standard, the two levels of performance are