Slowly but surely it is coming to an end: We are back on Jan du Toit’s farm where we set off towards Swaziland with brand new motorbikes six days ago. Now, almost 2000 Kilometers later, the whole thing got a certain patina with a whiff of adventure. The clothes are full of dust, the men have stubbles and the bikes a few scratches giving them an individual character. Like every night there are many stories to be told at the campfire. 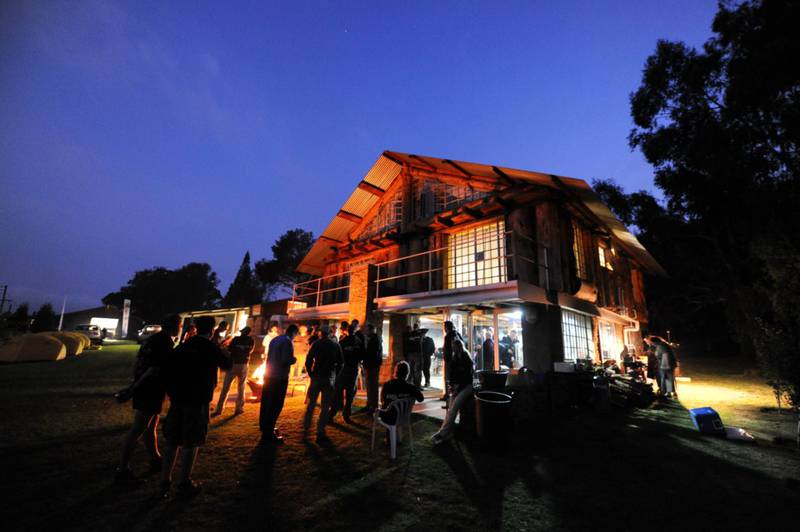 It was a long day: 340 kilometers on tracks and tarmacked panorama roads from Pongola to Countytrax lie behind us. We passed green hills, farm land and eucalyptus plantations with simple mud huts with corrugted iron roofs in between. Bare-footed children playing in front of these shacks cheered and waved as we passed by. The track to Paulpietersburg was lined with purple Jacaranda trees. 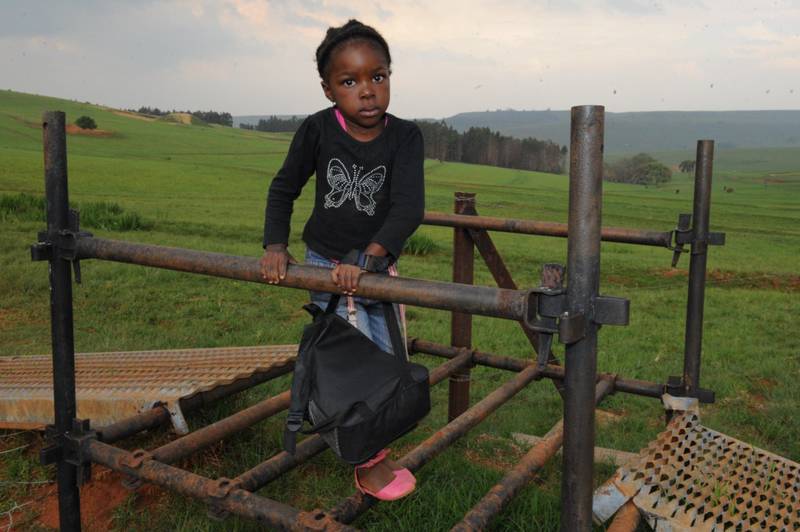 The riders had to complete two special stages: one of them required speed, the other one slowness. "Fox Tube" was about pushing three 800 GS bikes through a tunnel without turning on the engine. "Trial", the second special test, meant balancing from point to point as slowly as possible. 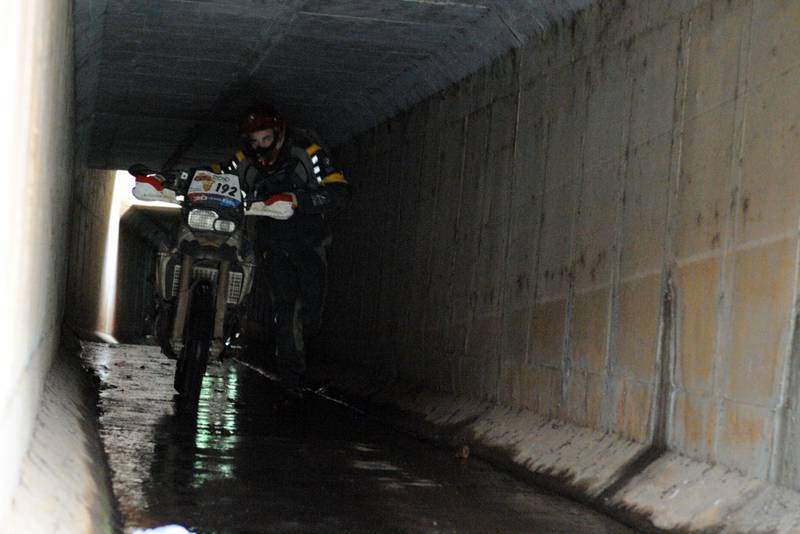 Only 40 kilometers away from Jan’s farm it suddenly happened: Warren, the British journalist, had a spectacular crash on one of these sand tracks doing over a hundred kilometers per hour. With good protectors, a neckbrace and quite a bit of luck on his side nothing serious happened. His bike turned over, shot through the air and came to a stop right behind a barbed wire fence, while he got away with a few bruises and a rush of adrenaline. After Axel, the medic, had taken care of Warren’s wounded wrist, the journalist got onto the passenger seat of Dalli’s 1200 GS and had the Marshall take him to the farm. For Warren it was a question of honour to reach the farm on two wheels. Tomorrow he is going to celebrate his birthday – maybe twice. 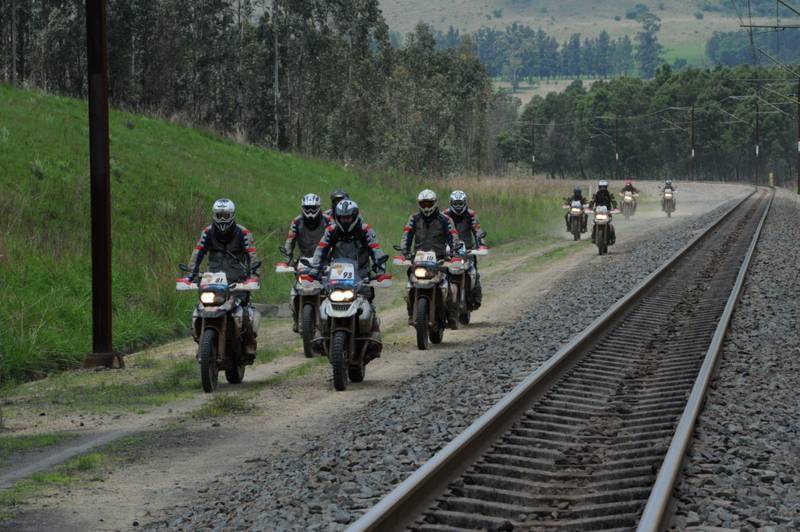 Whoever thought of the "Rice Eating Contest" was a true mastermind. You’d think the Japanese had the edge over the rest when it comes to emptying a bowl of rice with chopsticks as soon as possible. With thundering applause they made it to third place, while surprisingly Team Scandinavia took the win. 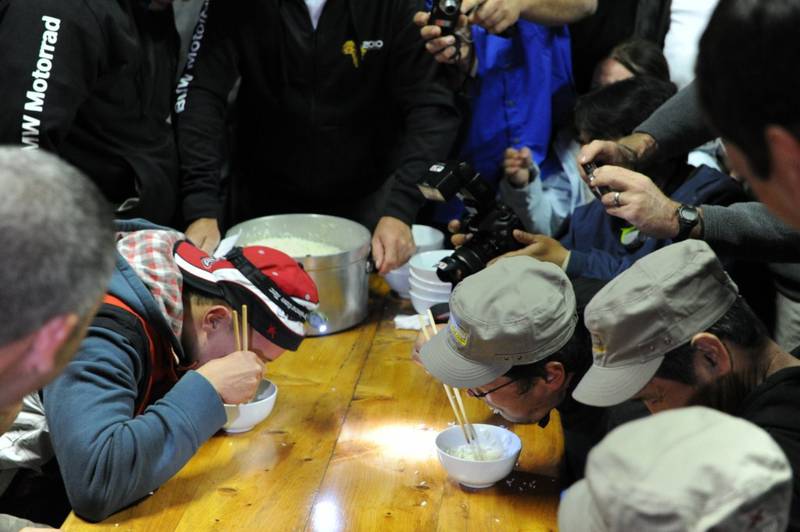