This is the twenty-first of 25 amazing episodes of Riding Solo presented by Touratech USA! It’s a video series about motorcycling alone in the USA backcountry by Sterling Noren for the Motorcycle Travel Channel

Riding Solo is a video series about motorcycling alone in the USA backcountry on a BMW 1200 GS motorcycle. The videos were filmed during a 6,000 mile/30-day solo ride in the summer of 2020 in locations including Arizona, Utah, Idaho, Montana, Wyoming, Colorado and New Mexico. Each episode focuses on great motorcycling roads (paved and dirt), camping, cooking and relaxing in scenic and remote locations. The purpose of the series is to show viewers how easy it is to ride solo on a motorcycle adventure in the USA backcountry. 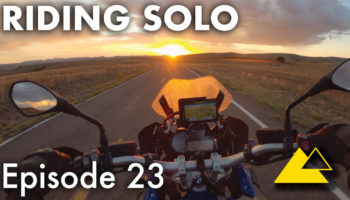