The van was packed before Saturday nights festivities, so all I had to do in the morning was get on the road.  With the KTM Rally finished it was time to head to Yosemite, California.  The Horizons Unlimited event starts on Thursday the 24th, so there was time to take a slower pace.

The off-road mecca that is Moab, Utah was kind of on the way and I was thinking about making a stop for a day to play on my KTM a little bit.  During a gas stop close to Moab I found that there were no hotel rooms available in my budget, so that idea was abandoned.  I drove to Price, UT and called it a night.  After all of the fun and long days at the KTM Rally I fell asleep right after hitting the pillow. 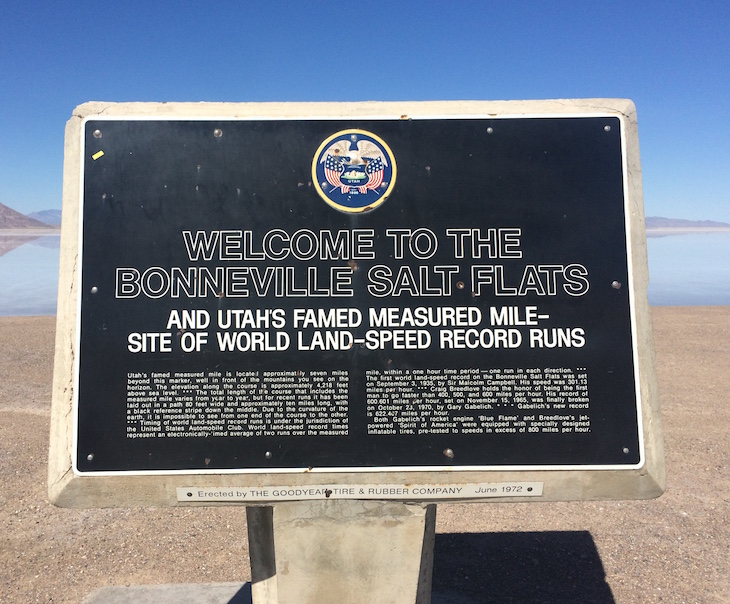 Waking early, I spent a few hours working on the last trip update before hitting the road.  After skipping  Moab, I was looking forward to stopping at the Bonneville Salt Flats.  Bonneville has been on my bucket list of places to see since I learned about it.  This is a cathedral of speed, the place many of the world land-speed records have been made, and where countless records have fallen.

The extra time to make it to California has lowered my daily mileage to around 375 miles a day.  As much as I like covering 500 miles or more a day, it has been nice stopping with some time to relax at the end of the day.  I am looking forward to getting out of the plains and back into the forested mountains.