Right after the first of the year (much to the chagrin of many of our staffers) Touratech-USA purchased a 2015 Kawasaki KLR 650 for our showroom. We got a bright green one and built it out with every Touratech part we make, and covered it with Touratech stickers. It looks cool, but I’m just the marketing guy and everything with our logo on it looks cool to me. 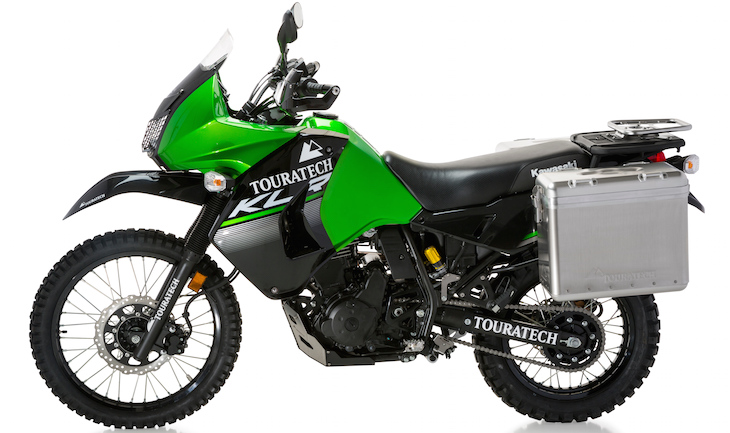 The KLR sat in the showroom as winter turned to spring and still only had one mile on it. About a month ago, I met with ADV filmmaker Sterling Noren about doing a video for the KLR. The concept is basically that two of our guys will ride it for a couple of days on some different terrain and give it a review. We locked down a date and last week Sterling, helicopter drone pilot Shaun Brender, myself, Touratech’s Chief Riding Officer Iain Glynn and Touratech-USA CEO Paul Guillien went to an undisclosed location and put the Green Machine through it’s paces. 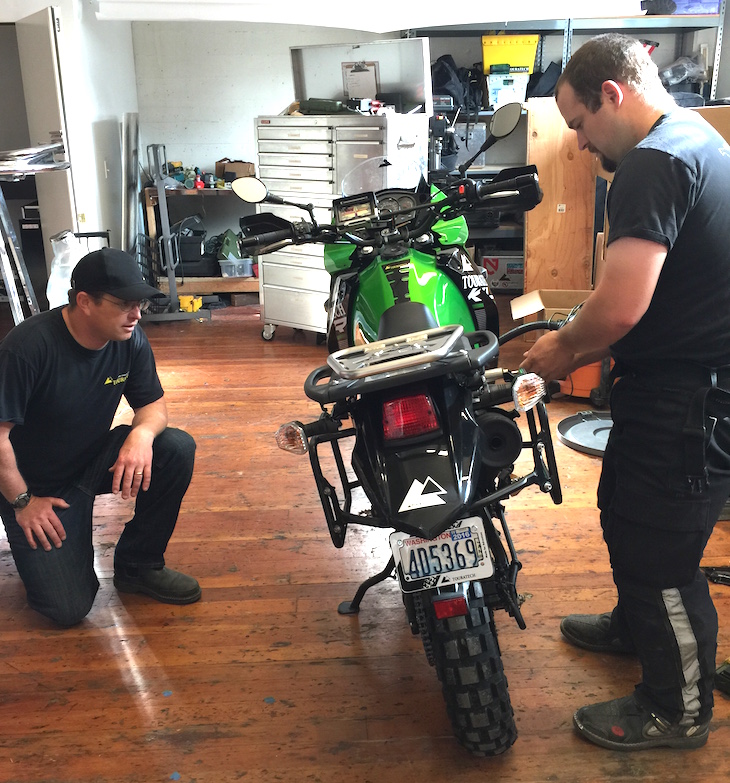 Well before we could put the bike on a trail, we had to actually get it running. After showing up at the Touratech offices early (following memorial day weekend) we started to prepare for our two-day shoot. The first thing I did was bend over (using proper lifting technique) to pick up the Zega Mundo panniers we were going to be riding with and ripped the crotch out of my favorite shorts. It was a crappy way to start things and then the bike started but wouldn’t idle. Idling is kind of an important function to a motorcycle.

The KLR 650 is carbureted (as it’s been since the original KLR rolled off the line in 1987) and after sitting with gas in it virtually unmoving for four months it had a clogged pilot jet in the carburetor. Luckily we have people at Touratech that can diagnose and fix bikes quickly.  I just stared at it and looked concerned until Iain figured out the problem. 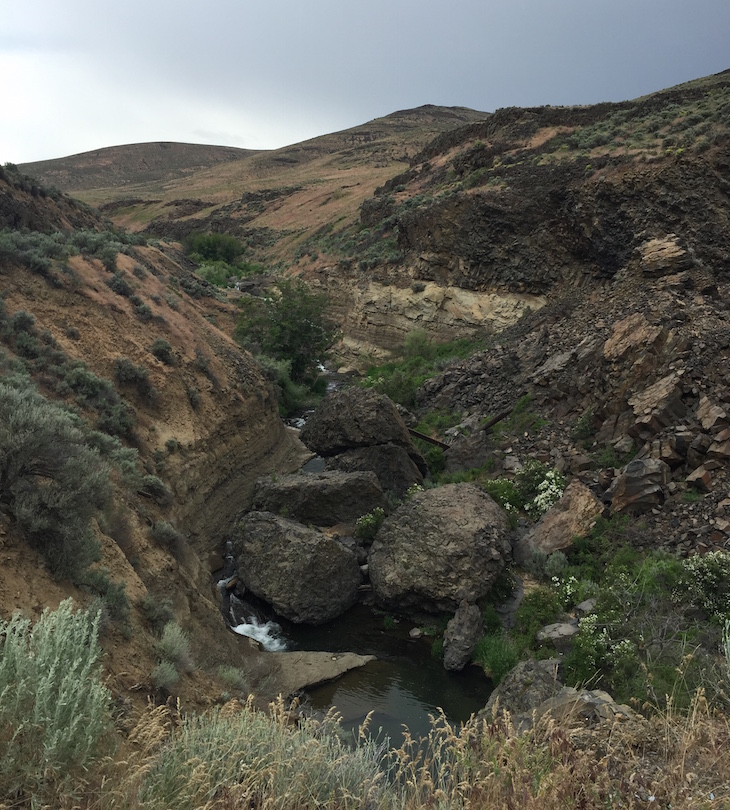 Finally we got on the road and everything went smoothly. We stopped to pick up food at Safeway and in the early afternoon we met up with Sterling and followed him to our top-secret destination. The place we decided to set up camp was really sweet. It was on a cliff overlooking a gorge and surrounded by rock walls, rolling hills and steep inclines. Perfect.

Paul and Iain did some cool riding and knocked the bike around pretty well. We got some great shots as giant black clouds began to roll over and thunder boomed overhead. There was a cool track that gave the perspective that the bike was right on the edge of the abyss as it teetered along. I’m looking forward to seeing the video of it, because it could be a really awesome shot. With the clouds overhead muting the sunlight and the earth tones of the cliffs and hills around us, the green KLR really popped out. If anything, the bike is photogenic. 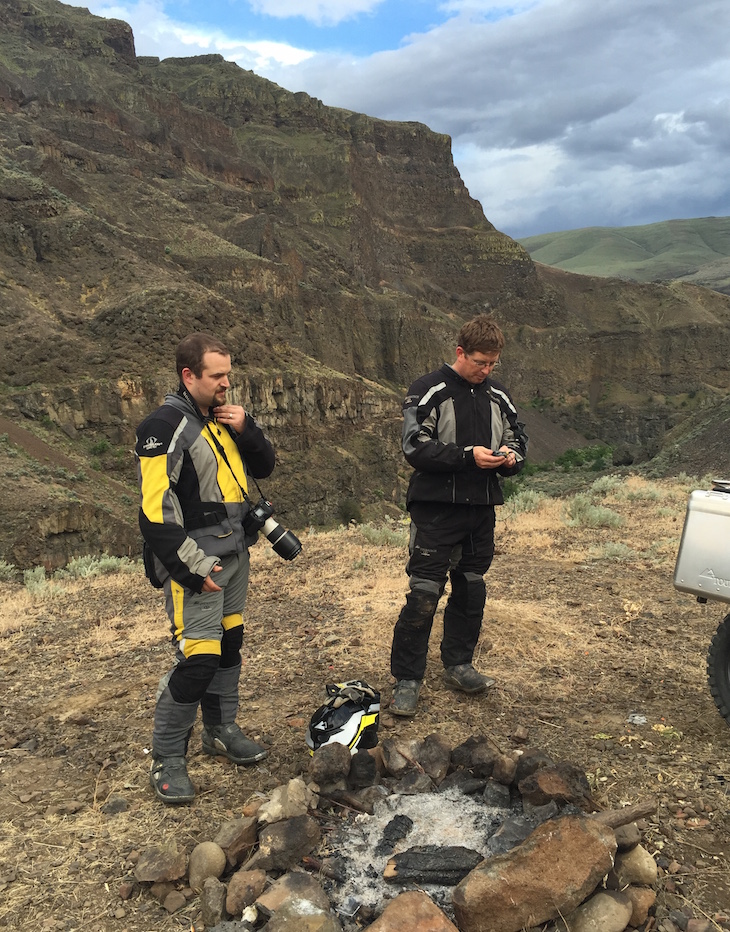 When the riding was done, Paul and Iain did a summary of the days riding. They both described the bike as “noodley” and said it felt like is was moving around under them.  They had more to say, but you have to watch the video for that.

We got the campfire burning and sat in the rain cooking hot dogs while Sterling grilled short ribs and served gin and tonics. We all ate and hung out as night fell and the rain became more intermittent. When it was time to crash I slept in the Touratech van. About 3 in the morning I stepped outside and looked up and was blown away by the night sky. When you live in the city you forget how amazing the stars are. 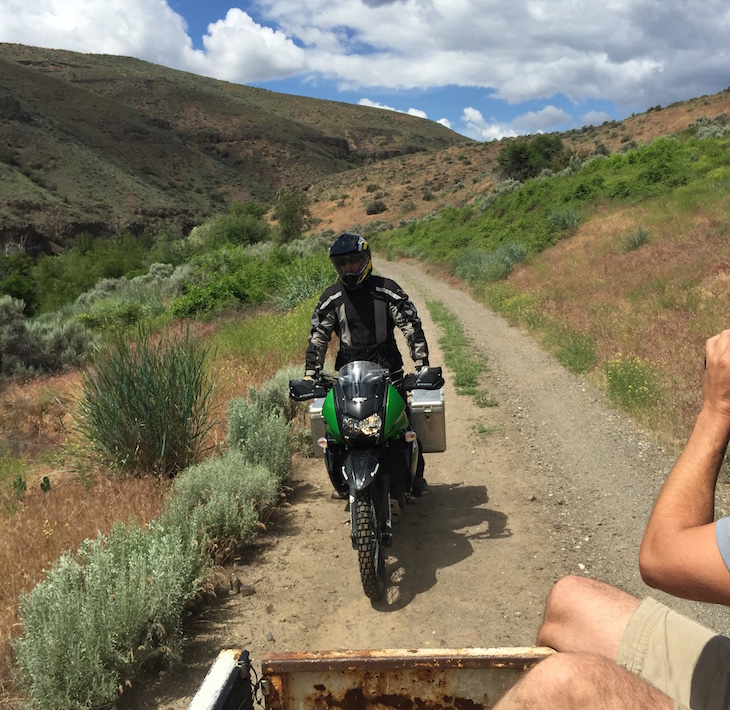 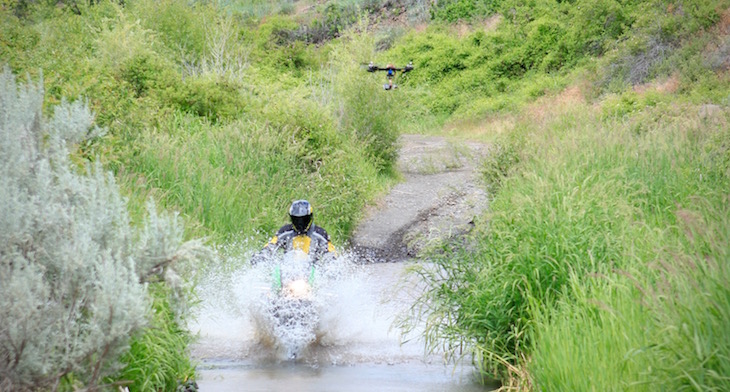 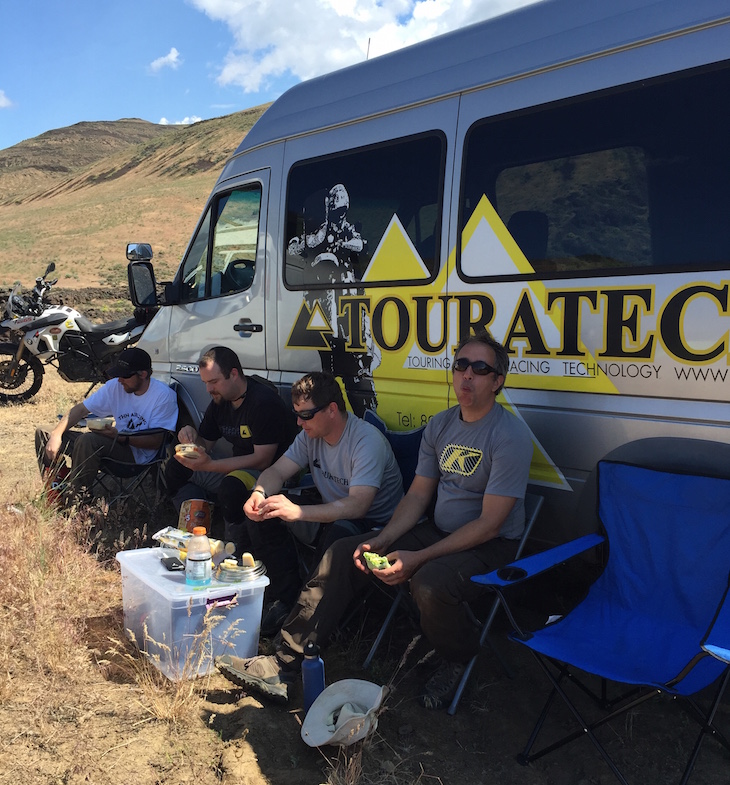 We sat there and waited and waited, but the ranger (or whoever) was nowhere to be found. Paul rode the bike back and the rest of us walked, leaving our support truck there. We used the time waiting back at camp for the government person to show up, to shoot Paul and Iain’s summary of the two days of riding. They have some really good insights on the KLR. Some may surprise you.

Finally, we packed everything up and the driver of the truck showed up as we were leaving. He wasn’t a ranger. He was some guy out picking seeds for his botanical garden. Why did he have a government vehicle? No one knows. 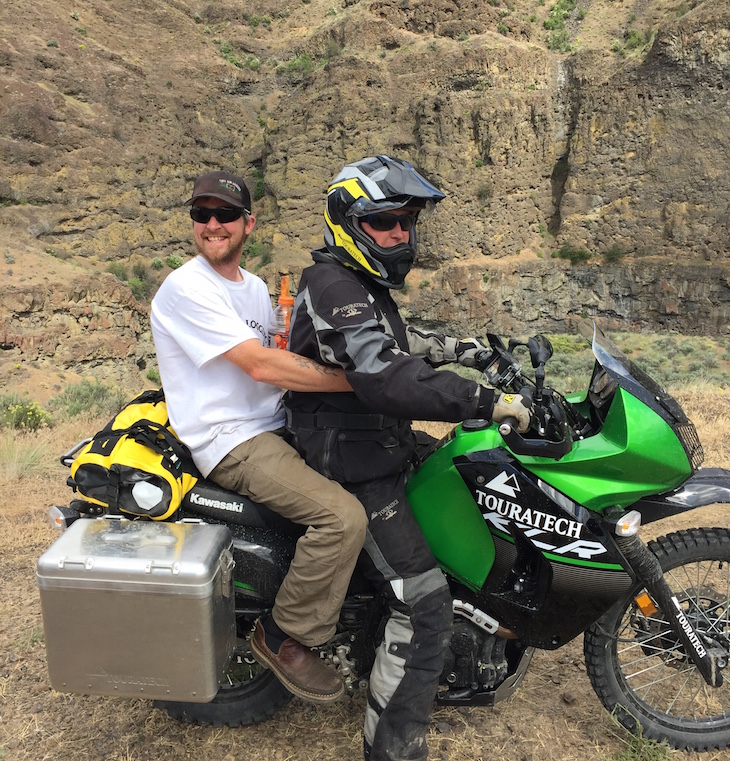 Watch for the new Touratech KLR video to premier in the coming weeks!