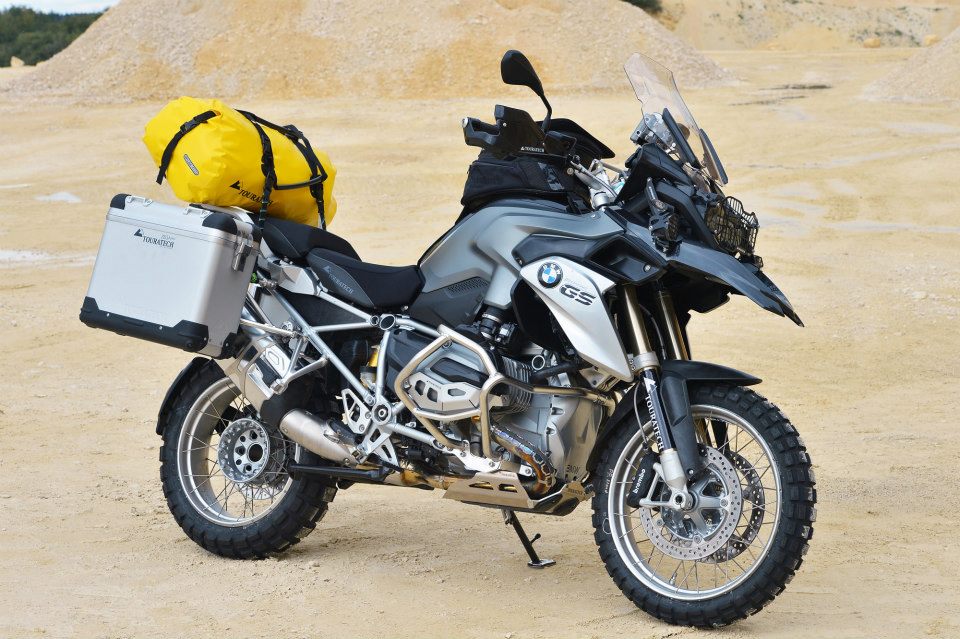 The new liquid-cooled R1200GS has been years in the making, and Touratech is pleased to see that the bike has not only retained its off-road capabilities, but actually raised the bar.

With 170,000 units of the R1200GS motorcycle sold world-wide, BMW has demonstrated it understands what the adventure touring enthusiast wants.  They didn’t just tweak a few things with this update; it’s a completely new machine from tip to tail.

Shortly after the liquid-cooled GS was unveiled, we spoke with a few of the key people on the development team to learn more about the character of BMW’s latest GS motorcycle, and have since put together this list highlighting the twelve reasons we’re excited about this bike. 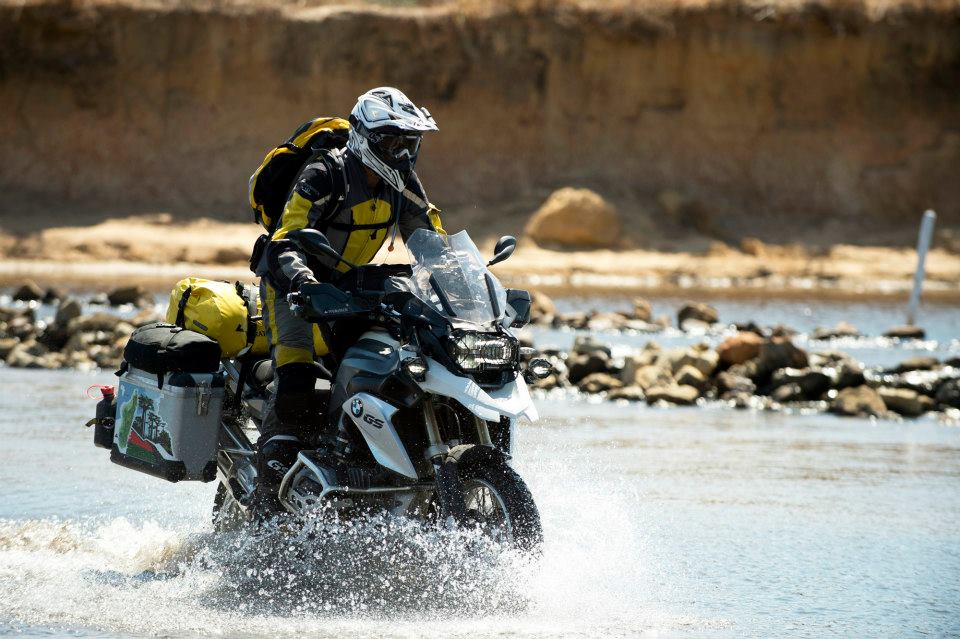 By having a more compact engine and transmission, the engineers were able to lengthen the swing arm to improve traction, especially off-road, while keeping the wheel-base the same.

We’re happy to have the smooth and easy shifting action offered up by the wet clutch design on the six-speed transmission. Clutch service will be considerably easier as it’s now accessed from the front of the bike, a big improvement over the previous models that required splitting the bike in two pieces to access dry clutch. 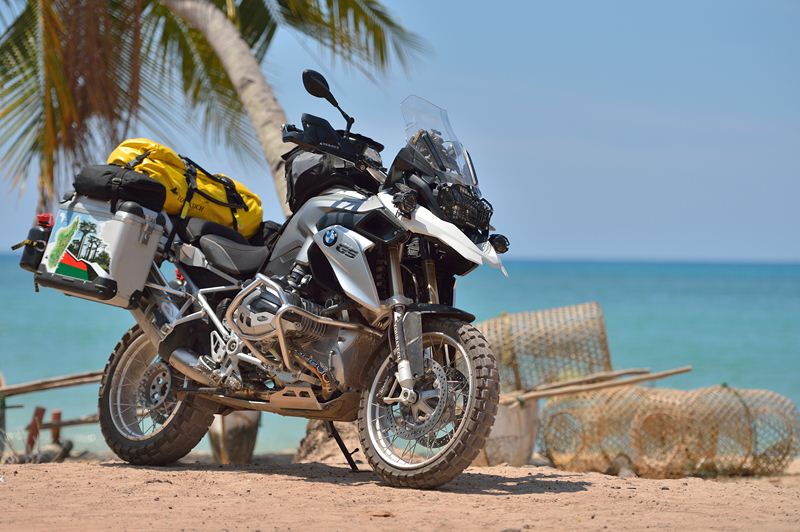 Finally, a windscreen you can adjust with one hand! This innovative design allows you to turn a knob with just one hand to change the position of the windscreen to maximize protection from the weather and minimize buffeting.

Exhaust moved to the right side

We recently spoke with Hans Blesse, who is currently the head of BMW North America, about his time as the head of product development where he oversaw the liquid-cooled R1200GS project. He told us about the time their product team noticed that many of them had burn marks on their trousers after a day of riding the previous version of the GS. They noted that most people stand on the left side of the motorcycle when maneuvering the bike. This is the same side the exhaust pipe was on, which burned many a pair of expensive riding pants. From that point on, the team decided to put the exhaust on the other side of the bike and the rest of the bike was designed around that criteria! 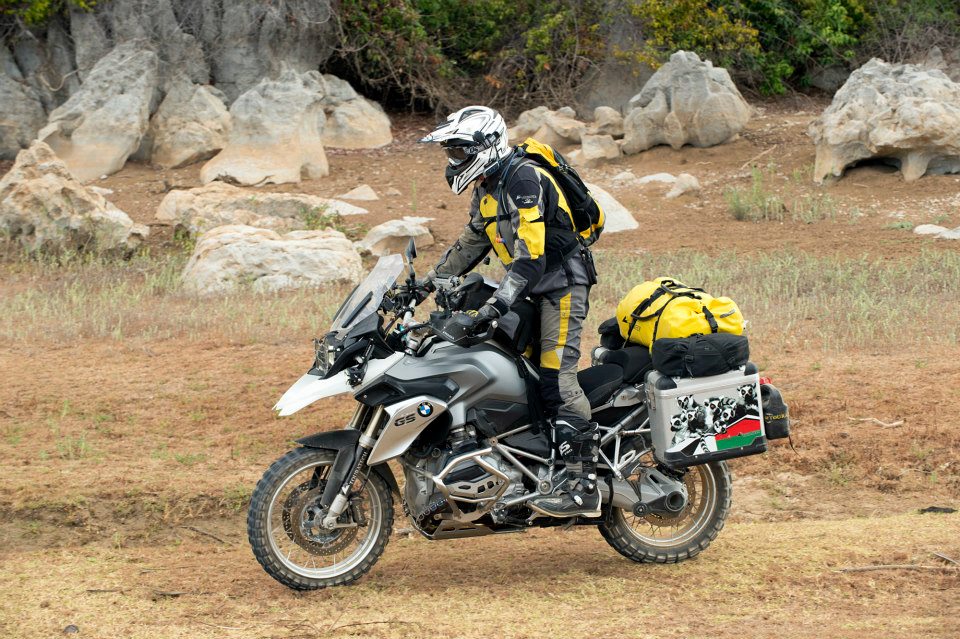 The base price for the new R1200GS is actually less than the previous model, however many of the best features will only be found on premium package versions of the new GS.

Great for touring, the electronic cruise control is a convenience that long-distance riders want. 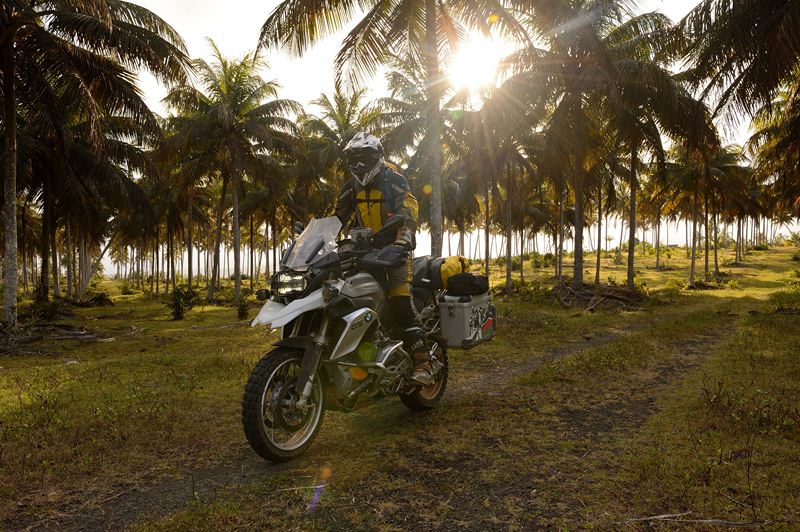 This is the world’s first production motorcycle with a LED main headlight, which also features an integrated daytime running light. Once again BMW has introduced cutting edge technology, plus the LED day light just looks cool!

The new R1200GS gets the same semi-active suspension package developed for the BMW HP4 superbike. This Dynamic ESA (electronic suspension adjustment) not only allows user to select riding profiles, but also monitors the movement of the front and rear wheels 100 times per second and automatically adjusts the suspension to fit the riding conditions. 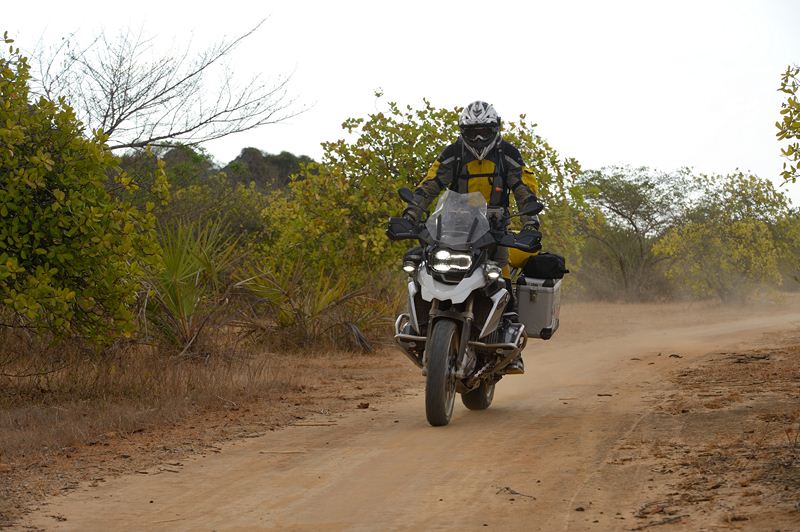 The new liquid-cooled engine produces 123hp and 92 ft-lbs of torque at 6,500 rpm, making this bike that much more exciting to ride on the tarmac. Additionally, the new liquid-cooled motor achieves 6% better fuel economy over last year’s model. It also sounds fantastic!

The 2013 BMW R1200GS has five riding modes (Rain, Road, Dynamic, Enduro & Enduro Pro), which optimize the Automatic Stability Control (ASC), Anti-lock Braking System (ABS) and Dynamic Damping Control (DDC) semi-active suspension. This allows the rider to change the traction control, brakes and suspension with one button to optimize the bike for different riding environments.  The Enduro Pro setting gives you full rear brake for sliding the rear of the bike around, while retaining a bit of anti-lock for the front. 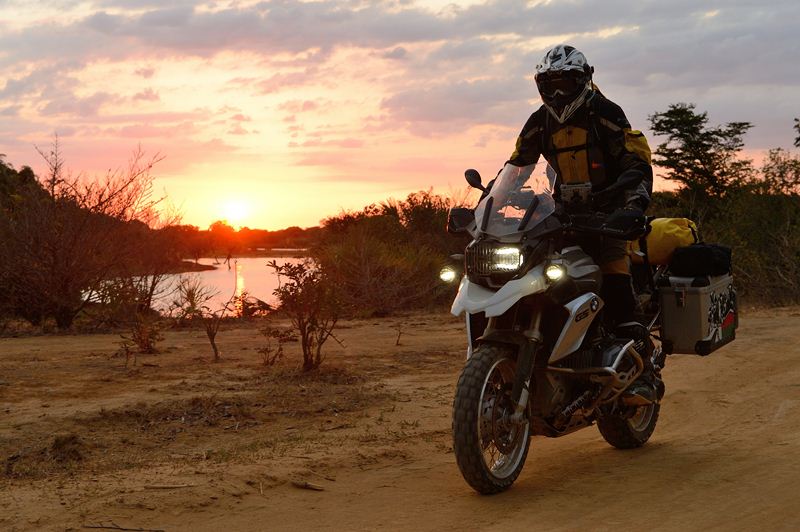 Narrow where it matters

A bike that is narrow in the middle is more comfortable to ride and easier to handle. The designers at BMW spent many nights agonizing over small details to get the bike as narrow as possible in the middle. The result is a huge improvement in how the bike feels – while seated or standing.

By lowering the center of gravity and using dynamic damping control, BMW has created a bike that feels lighter than the previous version even though the scale suggests no reduction in weight. Touratech CEO, Herbert Schwarz, rode the new liquid-cooled R1200GS on a 4,000 kilometer trip through Madagascar. Upon returning from the trip he said, “The new bike feels 100lbs lighter than the previous model even though the actual weight is the same.”